Guess the next one up is my Gokai Silver! This is my first Super Sentai S.H.Figuarts and will certainly not be my last. 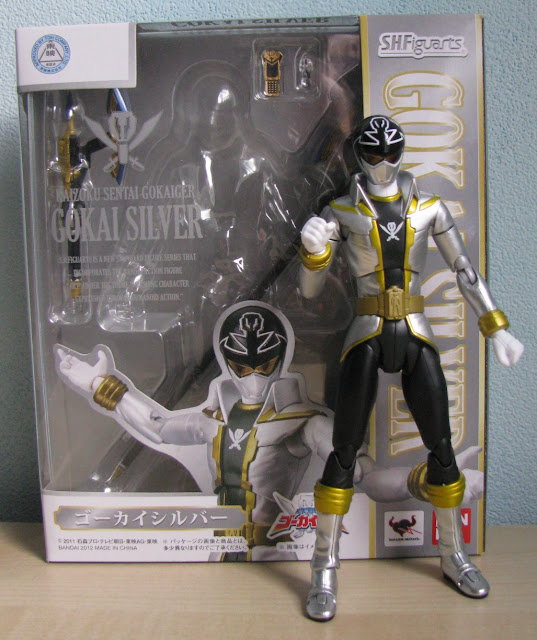 The box survived the trip as expected from AmiAmi. And I got it for cheaps too. I only paid 25 for this thing 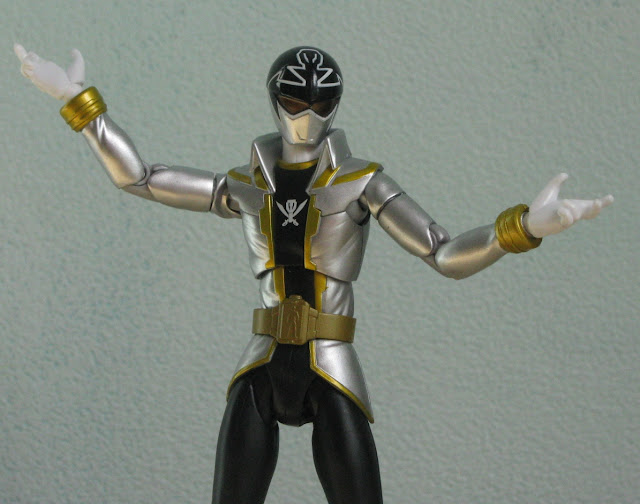 I still needed to get used to posing so these pics aren't that great. But I did noticed that some of the joints where a bit to tight. It was like an total opposite of my Cure Passion lol 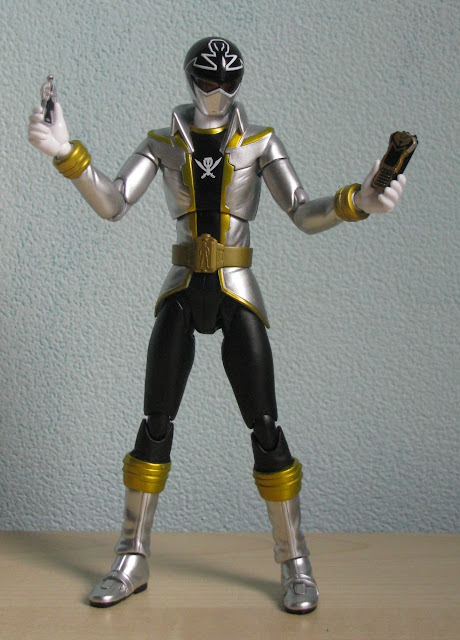 One thing I did notice is that even though his key is so damn tiny its still somehow not to scale with his Gokai Cellular. Its not that much of an hassle but its just weird to see lol 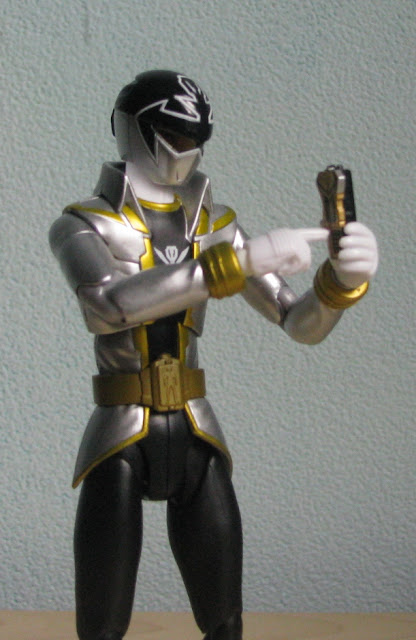 Sadly I do not have any up-to-date 6th Ranger figures to make him Gokai Change, But I plan to get Shinken Gold soon. I do like that they added the pointy finger :) 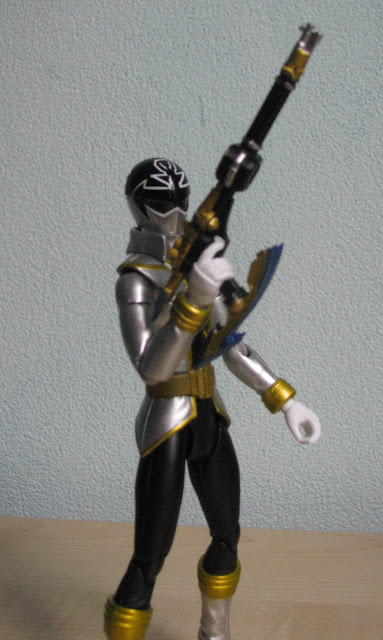 I love his Gokai Spear Gun-mode. The design is just so epic, and the fact that its so well painted doesn't help me not wanting to get the DX version lol 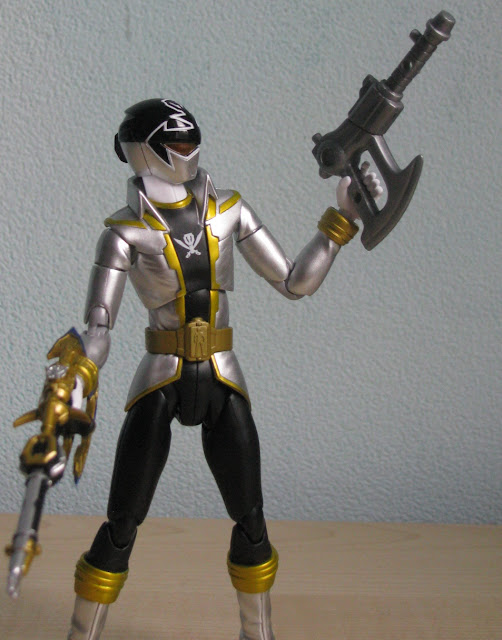 Speaking of painted and non-painted. Early on I realised that he's almost in scale with my old Power Ranger Figures. As such he can hold the Power Weapons with ease! 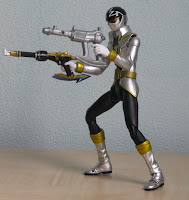 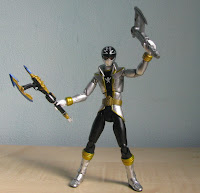 This makes me so happy. Now he can use both of them not only in gun-modes but also as axe-modes. IMO this would have worked great for the Gokai Spear as an 4th mode. It really looks like it would do some damage. 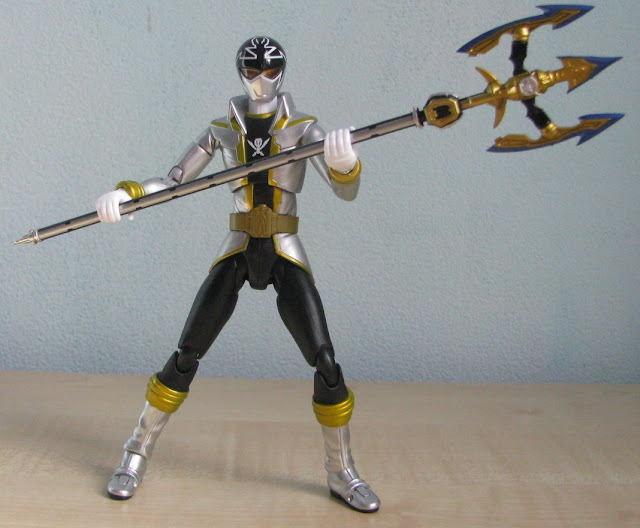 Back to the Spear itself. My mom mentioned how fine the work on it is. And I cannot specify enough how true this is. But sadly I see one fault that the spear doesn't seem to have. I am missing a Ranger Key to do a Final Wave. There isn't even an option to put one in. Which is weird because the other Gokaigers did get slots and even tinier keys. A bit saddening 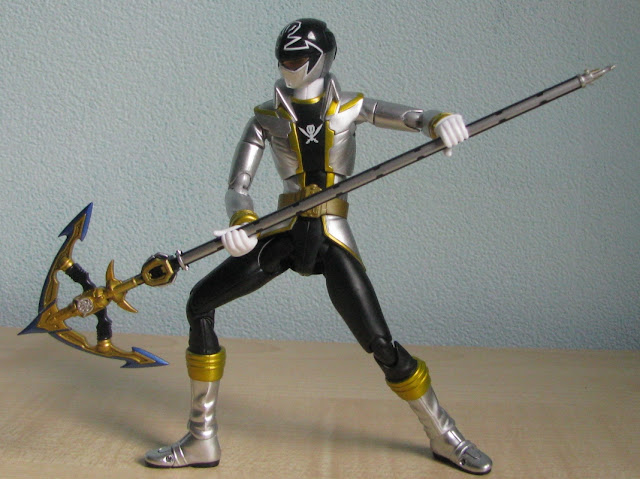 But I guess they tried to make up with it by giving the Gokai Spear in to the anchor mode. Then again this makes me less sure that there will be a Gold Mode of this figure. Still I am happy that I got it. 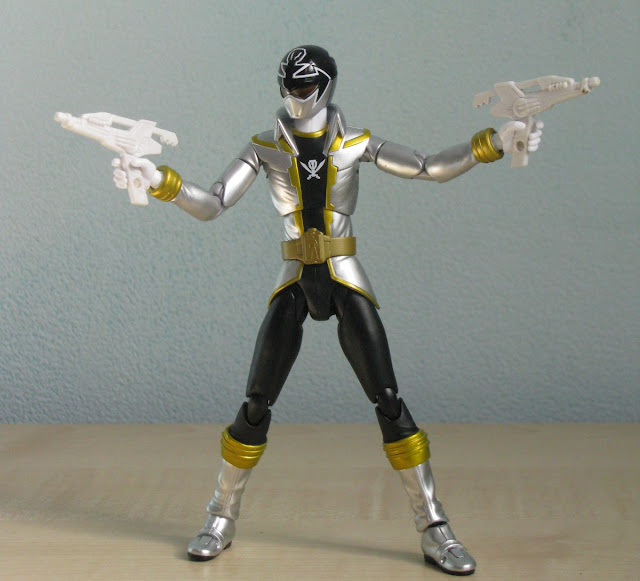 This figure is a must have for any Super Sentai fanboy. Its an perfect excuse to add more playability be giving him older weapons and have him gawk at your zords. 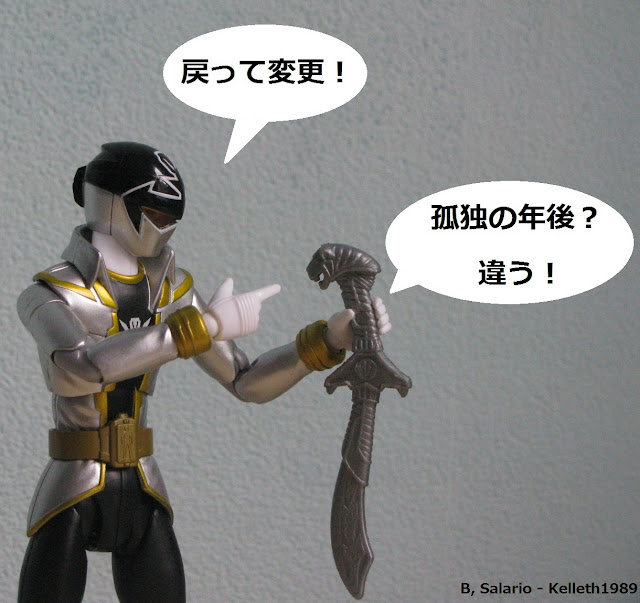 I am glad that I bought him. People complain about the not looking like spandex part, but I could not care less. So there's more to follow. Its just a matter of choosing what S.H.Figuarts to buy next.

Subbed by TV-Nihon@Rizon ©Toei
Next time I don't know what I am going to post. So many choices so little time. :)
Gepost door Kelleth op 14:19 Geen opmerkingen: