O goody I get to this on now! This has been a long time coming. And its been a while since my last bootleg Megazord :D 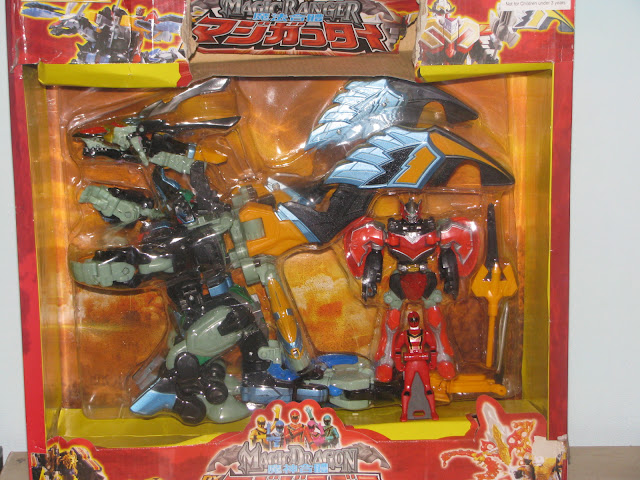 First of all the box was HUGE!! The bootleggers got the bright idea to pack Magi dragon and Magi Phoenix separately instead of forming Magiking.... Fail! Also despite the horrible waste of cardboard this box is still a blisters... So as soon as I opened it I could throw it away. It did protect my keys from disappearing though. So that was a +. 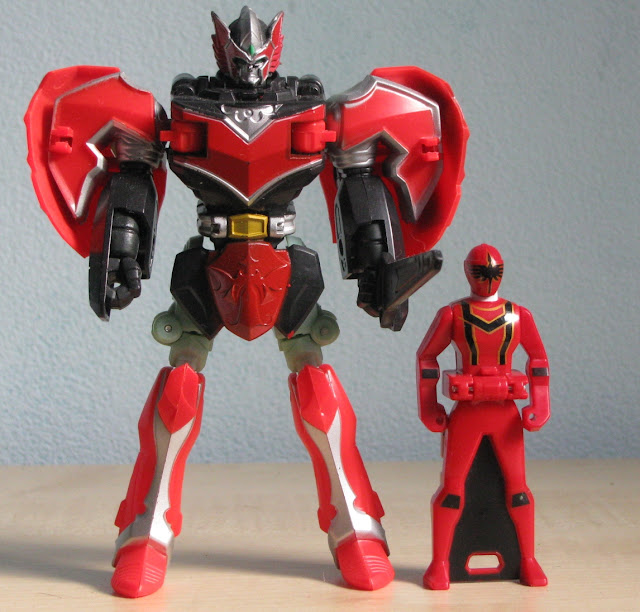 First off Magi Phoenix. Its does look allot like the DX version. Though it has its faults. The plastic is cheaper and the paint is on the verge of flaking off on some parts. Also there's allot of untrimmed edges so when transforming I have to check that I don't get caught on these edges because using to much force with that might easily break it. Also this thing keeps falling down due to the tabs used on in his legs. 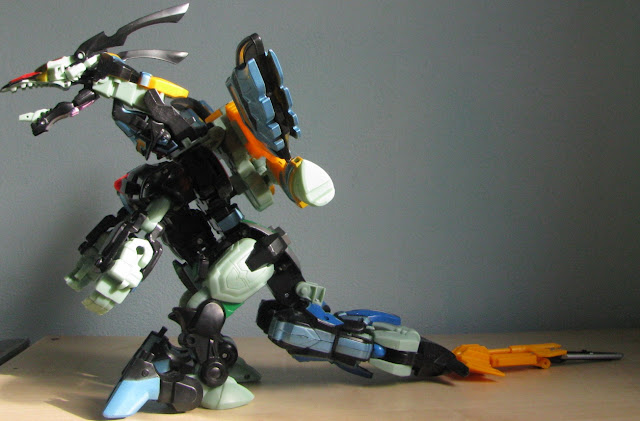 Magidragon is great and so huge. Though it initially fell apart when I took it out of the box, I did piece it together again. Again the plastic is cheap. the grey parts almost have this green glow to them in the right lighting. I just how the thing doesn't literally rot away on it shelf xD. The mouth kept falling open and the tail kept failing off. This is due to the black plastic being allot heavier then the green stuff. Though still as fragile. 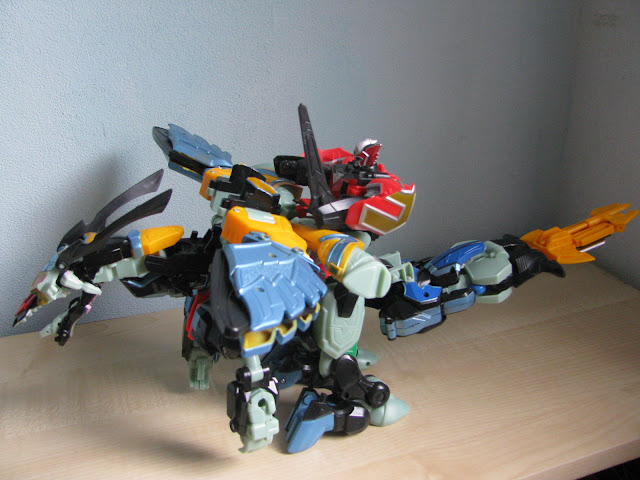 It took me allot of tries but I finally got the phoenix to stick to the dragon. But it took so much space I didn't bother with it for longer then 5 minutes. This was an annoyance. 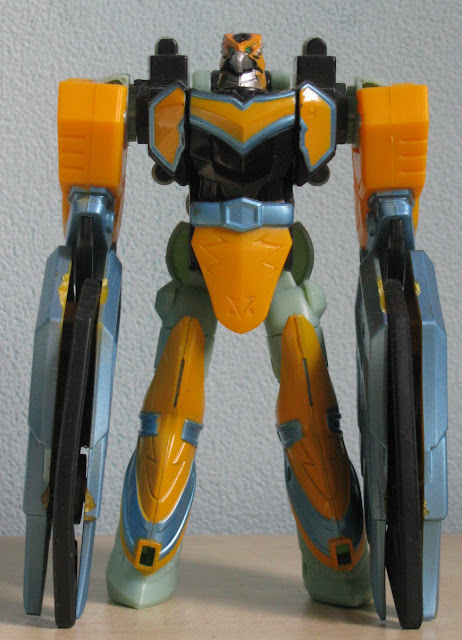 Magi Garuda is my favourite of the 5. It is the most balanced. Well painted and it actually looks cool!

Especially when you stretch out his wings. Man these are so epic. They also look sharp too. And even with these this thing is keeping itself up pretty neatly. 10+ 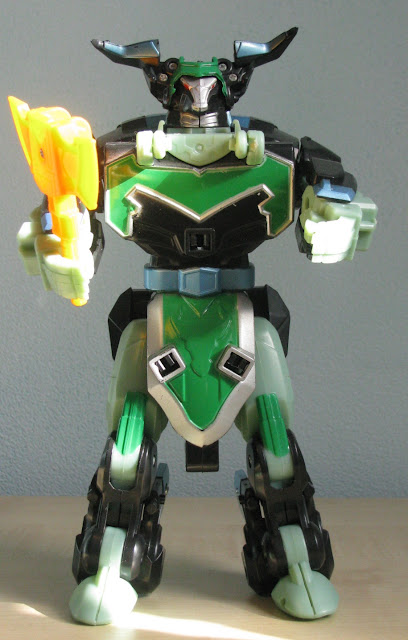 What would seem like the best zord to many is actually quite a disappointment. It can pose sure but the joints are shit. And the parts on the back keep coming loose as they are only held in place with friction. I consider this the brick for now... It is painted well though. 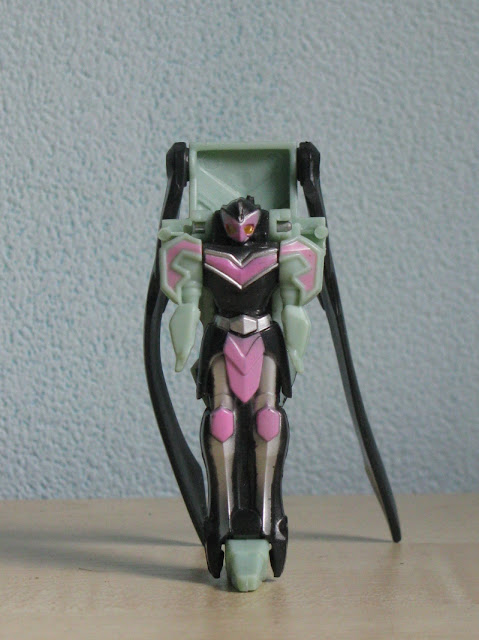 Magi Fairy, Not to much to say about her. She has decent paint that doesn't chip off. But I do want to say that the wings are annoying. they where bend when I took them out and it only got worse with time. I wonder if the actual DX version has better ones? 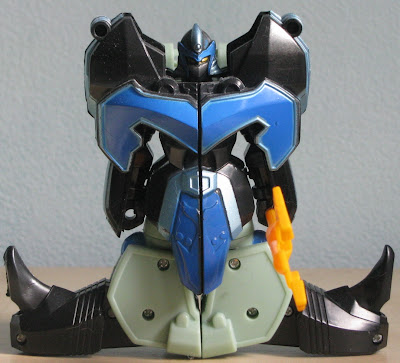 Magi Mermaid is a bitch to make her keep standing and the fin gimmick doesn't work. Like at all. And it got this ugly split in the middle I tried to fix it but nothing works. 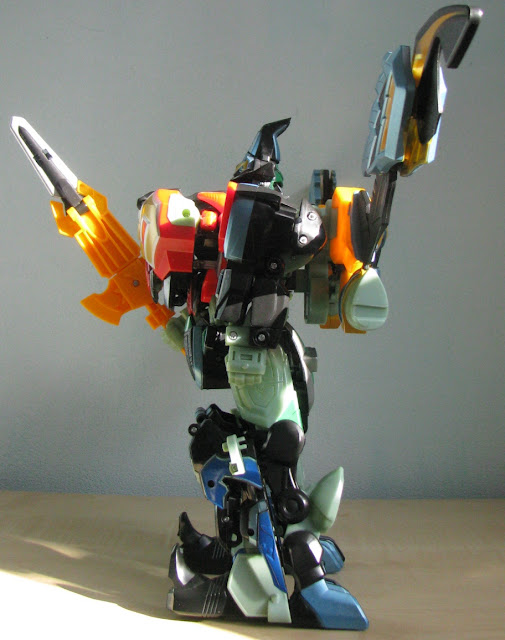 Moving on to the combined mecha... Man this thing is fat! is the DX version also this fat? Its like two Megazords back to back! And the wings aren't helping either! I know I positioned the legs wrong but this is to save space on my shelves.... Its still fat. 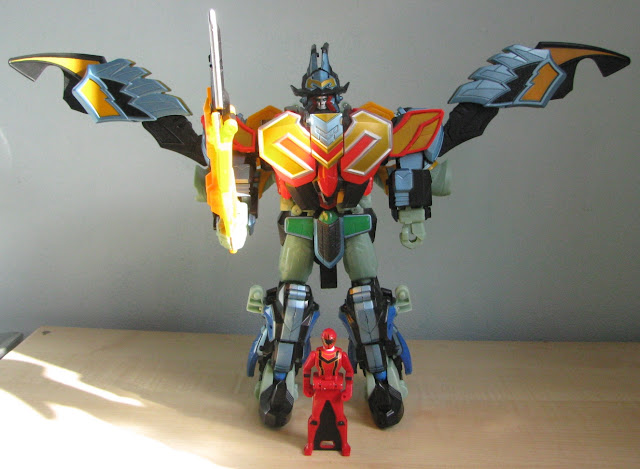 In from its decent though. The paint is 90% accurate to the already badly painted DX version. Sure you have the red part breaking up the ''M'' emblem but that will be fixed in due time. The hat is annoying. It just keeps wanting to split apart. Speaking of splitting apart the sword is just as annoying. The parts have nothing to keep them in place. I constantly try to fix this to no avail.

MV made by TheIchipai  ©Toei LTD
All and all this is a good bootleg. But one I should have know the faults off. It was cheap but it does take allot of space on my shelf. I hope the next DX mecha I buy will be either DaiKaiOh or GorZyuJin. Or an Super Robot Chogokin maybe :)
Gepost door Kelleth op 12:28 4 opmerkingen: