This may be late but I did post this on Saturday. I just reverted it back to draft because I thought it was half-assed and it was :3

21-4-2012 WAS AWESOME!!!
A few weeks before this I was actually sad that in America the kids got to see Toonami on tv again whilst I last saw it in 2002 when Casema decided Cartoon Network was to good for the children of Holland. (that still pisses me off) But this Saturday made everything al right again!! For now anyway. 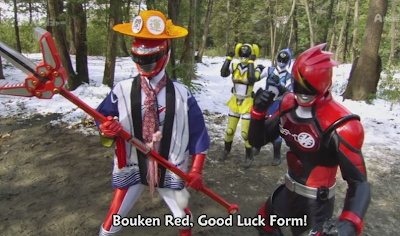 I watched it raw but I did not need subs to know that this one hell of a funny episode. It starts out with Nobuo being an drunk ass. He delusions that an enemy was kidnapping the cute pamphlet girls of the street of Akibahara. He and his team-mates go in to their delusional state and begin to fight the villain who's evil scheme is to put hot dresses on them... Dunno how that is bad... In fact the girls should be happy since... Free clothes! Any way due to being drunk Nobuo summons Bouken Red in his Good Luck Form from Task 27. This was funny. And so awesome the professor decided they should do all the delusions drunk from now on. Luckily Mitsuki isn't that dumb and at the end of the episode and some Yaoi scenes we finally get to see an new ''FINAL FORM RAIDO'' And that was awesome! loved this episode :) 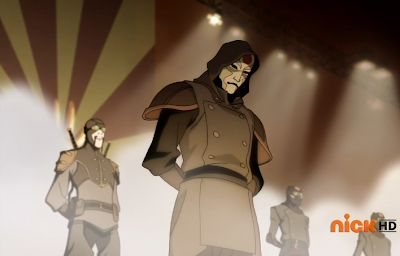 I've been like this new series, Bo-Lin certainly bring in the humour void left by Sokka. Also I love how still Korra still totally fails at the air-bending thing. She's totally slow compared to Aang lol, the Equalists are cool. And Amon is totally trying to be the Doctor Doom. I am still trying to guess how he can mind bend to take the away the bending of other people. But I already guessed he's lying about his history, I doubt Aang ever told anyone about that technique. 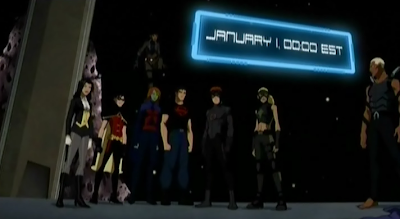 Man this episode was well written, I kinda already guessed Red Arrow was the mole. Though I can't believe that Arthur did not notice the change Roy made over such a short time. The Starro-tech however makes me go ''wut?'' I can't believe they never met Starro. I do like how they made the cure so easily. And how they used guerilla tactics to insert the Cure-tech cure. It was an awesome episode, Though seeing this season go made me sad. Now everything has changed. Its awesome to Blue Beetle and Wonder Girl on the team but I am sad to see the rest go. Rocket was on the team for only a few episodes :/

My Little Pony: Friendship is Magic - The Royal Wedding 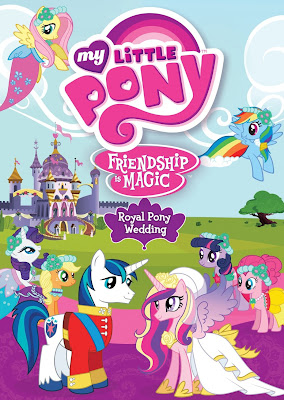 This was the most epic thing that aired on this Saturday. I watched it live. Along with like 50.000+ other bronies on a stream. I initially did not like how they shoehorned Shining Armor and Cadence in to Twilight's childhood. But once I saw the flashbacks I couldn't complain any more it was so nicely done and cute too :) The rest of the episode was same old same old. But I did love how they portrayed how sad Cadence was in this beautiful insert song ''This Day Is Aria''

I loved how everybody (including me) called it on the villain being Discord the moment we saw the green magic. And I was totally not disappointed by the actual reveal of the villain of this 2 episode final. They could have made them a bit more hive mind because they where more bug-like then ponies. But looking again this would have made them boring. Princess Chrysallis is awesome. Also I would have loved to see Luna sleep through the whole thing. xD
The next day, I was actually tired after the wedding even though its fictional and I sat my lazy ass down devouring chips. Dunno how that works 0_0 Any way I hope my regular shows will keep me busy during the slow and painful break. And for you Americans there congrats with the dvd. I might be able to get one on Ebay :) 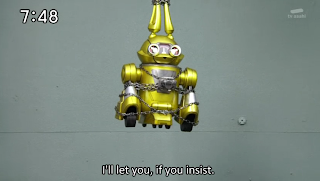 Usada is an insufferable a-hole!! Seriously I know he's basically one of the 3 things enetron threw his money at but if it where up to me I'd throw him in the trash as soon as possible... In fact I'd turn in him in to a trash can! Not worth the damn trouble!! Other then that a decent episode :) 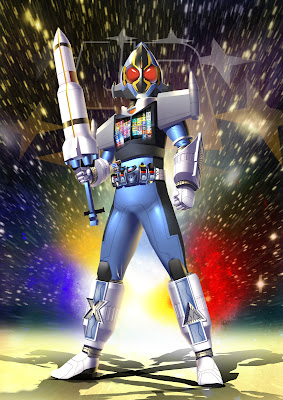 And now for the other EPIC thing today. Man this was an awesome episode. If I recall this is only the second time a Rider had ''died'' before getting an upgrade. And that was Kuuga :D Good to see Ryuji actually showing guild and wanting to be Kengo's friend. everybody knew it was coming but somehow it did not feel redundant. Because he actually tries to fight off the drones to save his friends :D
Subbed By Overtime
Toriko: Episode 53, Tense! Toriko's Knife Vs Melk's Kitchen Knifes! 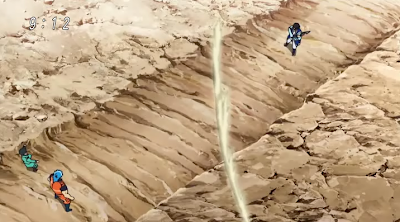 I love the Melk saga but at this point I was tired and it was like 1 already. I couldn't find Fuji TV on KeyholeTV and I only saw like half of the episode where Toriko challenged Melk II to a duel of sharpness. And then he headed for the Heavy Hole. Luckily I already know this saga and love it lol.

This day could have been even better if Cinfullywicked's Year of CLAMP on Livestream where they stream Cardcaptor Sakura was on Saturday instead of Friday. But then again I forgot if it was actually going through Friday... Any way that would have made the day even more awesome :D
Gepost door Kelleth op 13:19 Geen opmerkingen: