Fresh Pretty Cure!, is the 2009 instalment of the Pretty Cure franchise. Which is the franchise Toei started on to basically make a modern day Sailor Moon (though looking back that has been almost every magical girl show after Sailor Moon lol) This series however is my favourite followed by the original Futari wa Pretty Cure. 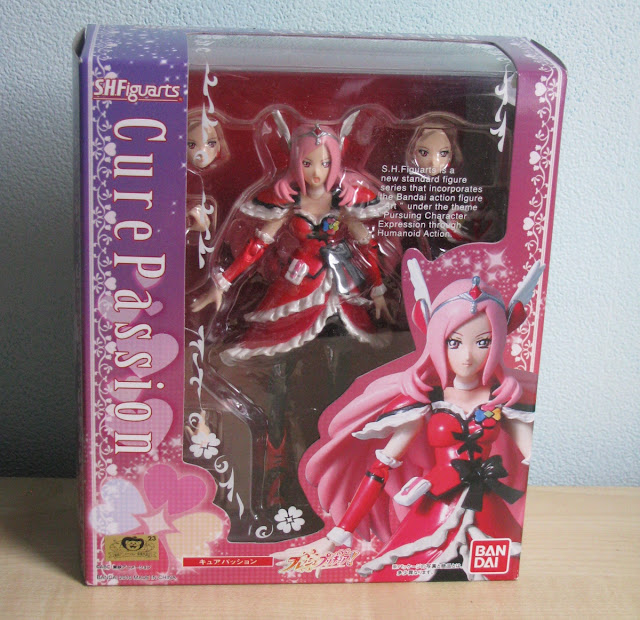 The main 3 heroines are Cure Peach, Cure Pine, and Cure Berry who battle Labyrinth, An organization bent on conquering all Dimensions in the name of their lord Mebius ruler of the Labyrinth dimension. (No not the awesome Ultraman). The 3 villains who bring out the monsters of the week are Westar, Solar, and Eas. They do this to gather Misfortune Energy. Eas being the most dedicated of the 3 decided to spy on the Cures over the course of the series by becoming Love's ''friend'' Till in one battle after almost sacrificing her life with a risky summoning charm, she revealed her identity and broke the necklace which Peach bought for her a few episodes back and declared that she was never her friend. After some drama you really should see for yourself, She and Cure Peach have an awesome final battle which end which Mebius revealing to her colleagues Westar and Solar that her live is up. Luckily the plot fairy key called Akarun decided she was the 4th Pretty Cure and revived her in to the awesome Cure Passion! To tell you the truth I waited so long with this blog because this thing is such a bitch to pose. By the end of the day I did not even care if these photo's where good enough lol 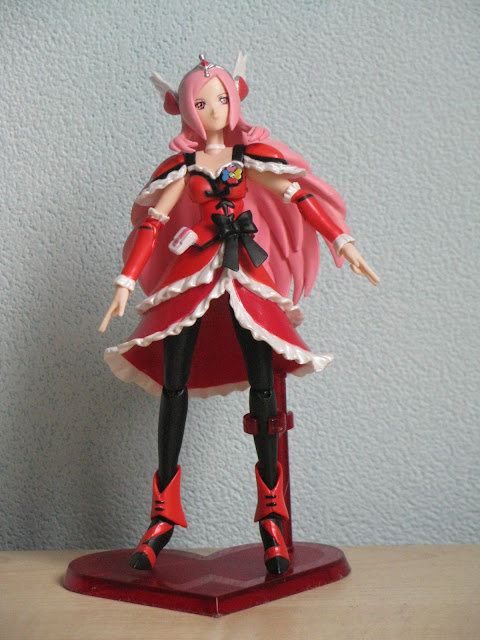 The problem is the material combined with Cure Passion's design. She has long hair made from a strong non-flexible plastic. And it might look good on this photo but its actually hollow. This makes the neck unstable. And combined with the long end on the back of the dress makes one side of this figure top heavy.
What's even worse is that they gave her high heels. All you need now are weak ankle joints and this thing in pretty prone to fall down... And they did give her those!! *face palm* 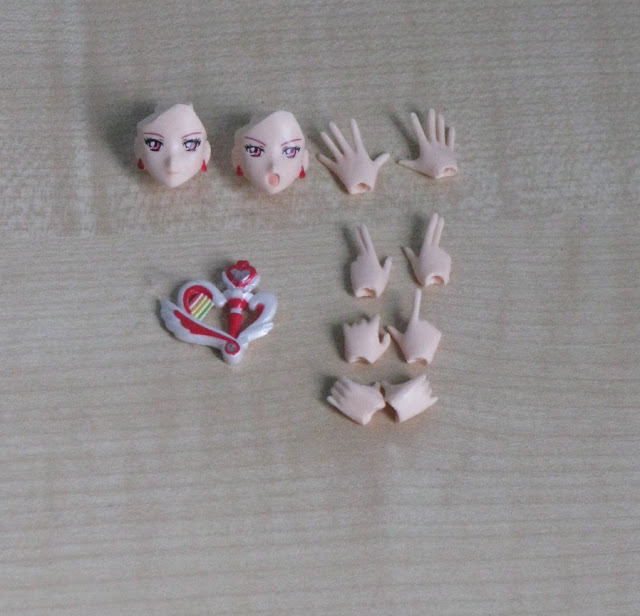 Any way moving on the accessories, This is pretty much all she got. Standard hands for all her poses and her weapon called the Passion Harp. Which is the thing I liked most about this set. its so beautifully moulded and painted. She also got 2 faces, Another face that doesn't look much different from the one she already got as standard, and an angry face. You know this kinda pisses me off. Setsuna is the Pretty Cure of Happiness!! Why o Why didn't they include some sort of happy face? Neutrality and anger aren't all of her emotions :P 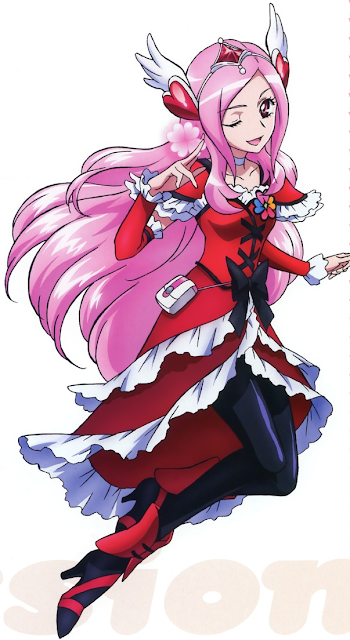 Subbed By Curecom
I would have at least expect them to put that in, Then again if they actually put some effort in to it, It would have been less cheap lol 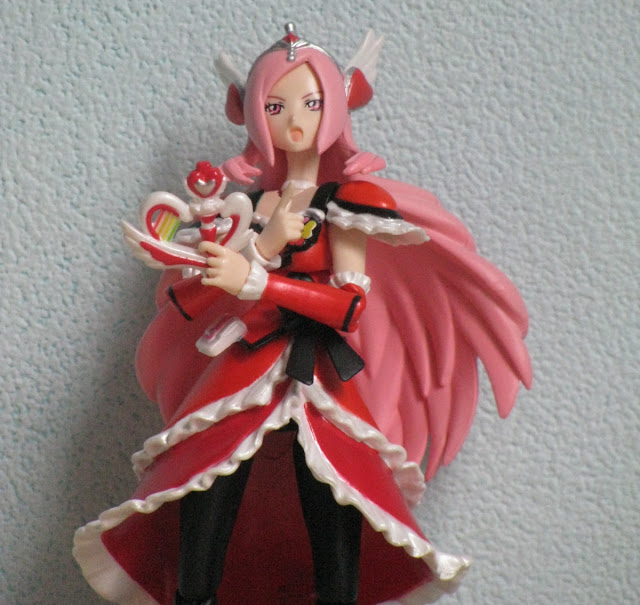 Another thing that annoys me is that one of the arms is to loose. It keeps falling out of position. And the most annoying thing about this is the torso. The hair leans on the torso making it heavy. making it look like she's standing like... Well me. No matter how hard I tried I could get it right, Every time I tried to straighten her back she falls flat on her butt lol 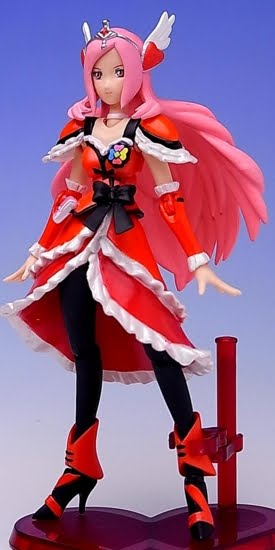 This thing has so many glaring faults that its not worth it at all, But I am still happy non the less. I bought her because I like the character, And at least I know now that I should not buy S.H.Figuarts with high heels. Last thing I'd like to say is that you should not buy this. Its cheap at 17 with shipping tops , But its not really worth it. What you could try is to watch the show which has been finished being fansubbed by Curecom. Its totally worth your time
And Another Thing...
Since I am already talking about the cutesy girly stuff, Imma talk about ponies now :D

I have been trying to get some of these for a while now but I never actually found some in here in Holland. I ordered the gold Applejack from a Chinese seller (who probably stole it from a factory) Its from the upcoming set 4 and it has no extra copy right stamp on its hind hoof. Think its an reject from the point where they put on the eyes because when you look closely its kinda derped on the left eye :) 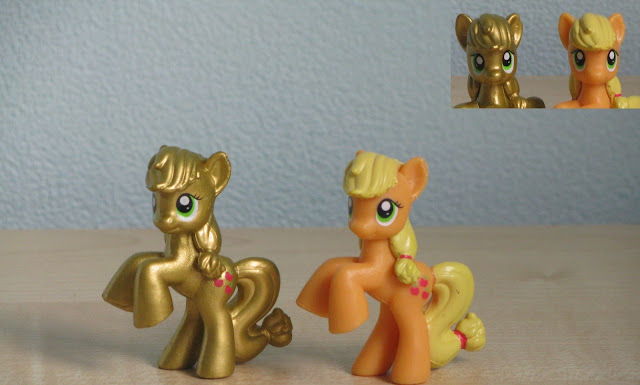 As for the others it turned out they where just at the blokker away from the rest of the MLP stuff. They where just 1.99 per piece and I kinda forgot the code thingy. Not that it made much of a difference since they removed that code for wave 4. Still I doubt its going to be hard to find the princesses in wave 5 lol 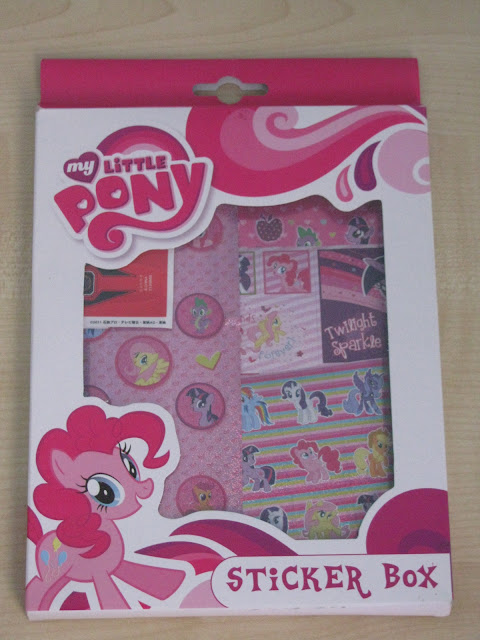 And I got stickers! What am I going to do with these? Dunno really. But I put this Twilightlicious one on my HDD xD 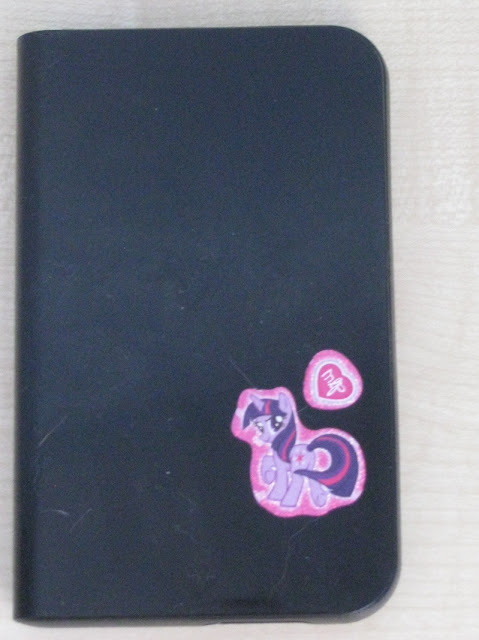 With that this half-assed prolonged blog is over, Bye!
Gepost door Kelleth op 10:50 Geen opmerkingen: