The second big Hero from a big Toku Trilogy is here!! Ryukendo is the unofficial first entry to the Tomica Hero trilogy and still my favourite of the 3 instalments!! 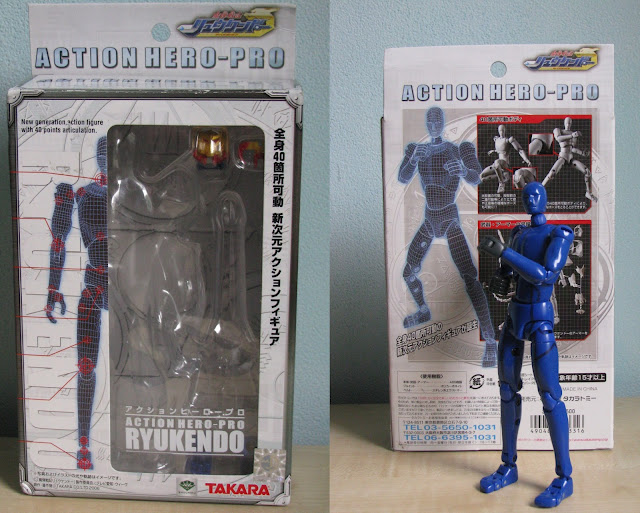 I bought this thing from China, But again they where lazy! They didn't even bother to put a Chinese calligraphy sticker any where... They just slapped on a sticker to the side. So this box is 99% Japanese.
Moving on from the box to the figure is the main state of this figure. This blank state has the poseability that borders from a ballerina to a yoga instructor. It even has 2 toe joints and an extra leg joint!! Which is pretty good for a figure from 2006. 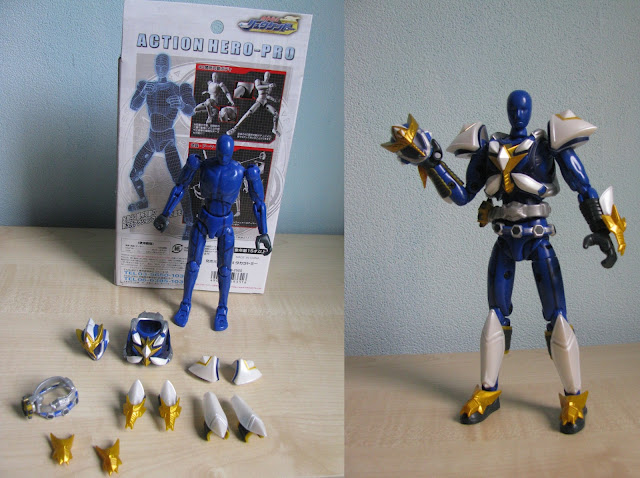 Buuuuuut that is not the reason to buy this cheap figure. Nope you buy it because you can give it this Armour to make him Madan Senki Ryukendo!! 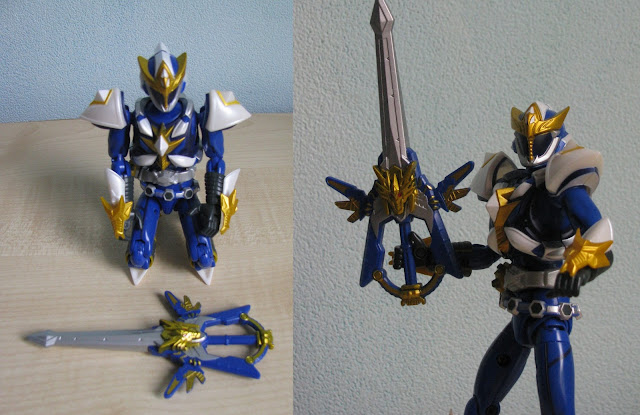 He even comes with his partner and arms GekiRyuKen. Who might be thick and stubby. But I can see where they where going with this. This way its more durable. The side of this thing fixes the problem anyway since it looks pretty much al right in this pose. Even though he's missing paint. Also I don't think I'll paint this, as I don't see how I could keep the paint on with this figure's damn hands! It keeps falling off and I usually spend 3 minutes getting it to stick! S.H.F takes not even half a minute! Damn those hands! 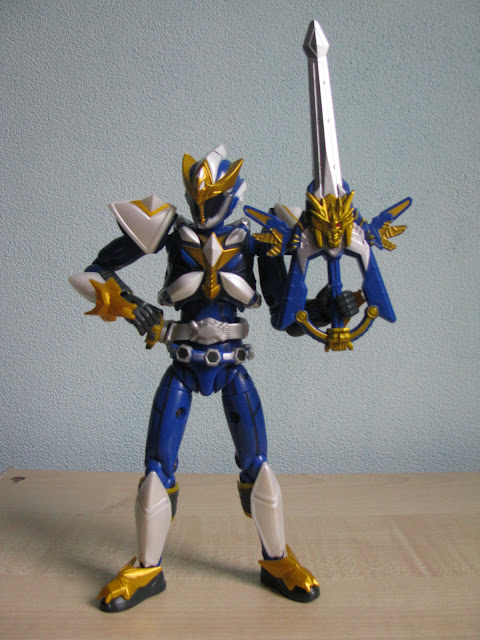 Aside from that it does look good though. It can even grab his key holder, which can turn btw (no madan keys sadly) so it can at least look like he's going to summon a JuuOh. Speaking of summoning: 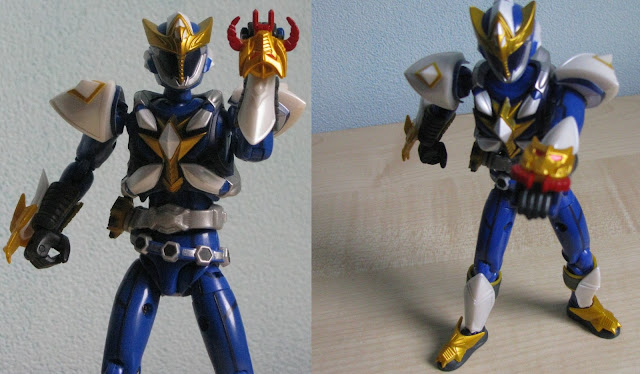 It comes with the Ryu Knuckle!! The weapon that's actually used by all 3 Madan Senki. It looks good and comes in both modes. But the problem here is that its a bitch to place in the figures hand. First you need to take off the dragon emblem of the arm pad. and replace it with the knuckle. Easy enough. But the hand keeps block it. and even if you put it in the hand first its a bitch to put back. Either way it looks great. 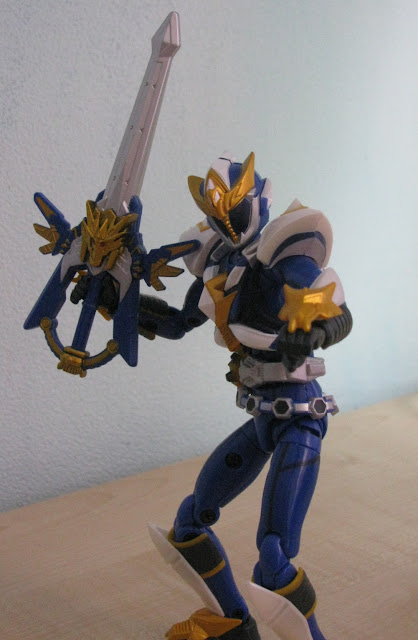 Overall this thing is great. This 6+ year figure is almost up-to-date with earlier S.H.Figuarts molds and it looks great.  The main good thing is its price. Only €16.84 or rather $21.99 free of shipping. It can be bought here: http://bit.ly/QZTJgZ. The main pain though is that this line stopped with Ryukendo. Instead of releasing RyuGuno and RyuJino they decided to make the Microman line in to the new the main line. All characters have been released and are cheap. Though Ryukendo is hard to find and thus a bit more expensive. I am still sad though. Because I would have loved to own a Ultimate Ryukendo of this line. :-/ 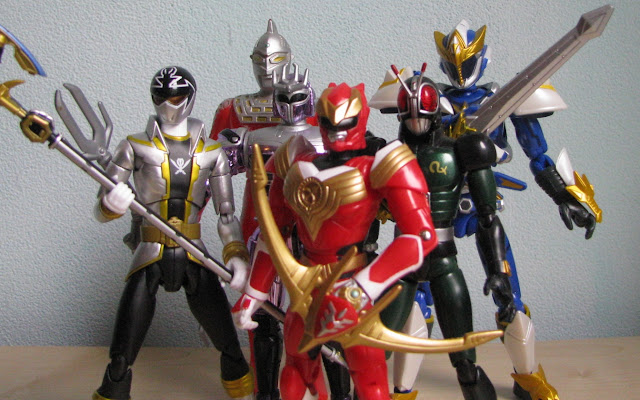 My collection is growing. I am planning to get 6 more figures by the end of the year. Mostly Ultra-act, SHF and Action Works. I am planning to at least get each of the first heroes from each Franchise. So by the start of 2013 I'll only need S.H.Figuarts Akaranger xD

©Takara Tomy
This was fun to write. Hopefully I get to pick up those new figures soon :D
Gepost door Kelleth op 10:07 1 opmerking: