I mostly own comic from the late 70's to early 90's and a few new ones. But Today I bought ALLOT of these and one that I am quite happy about!! 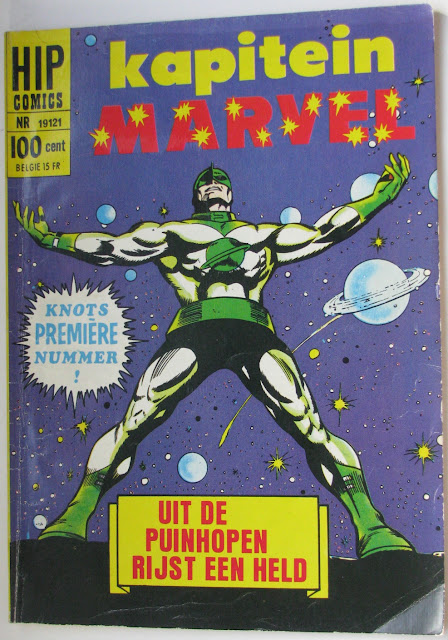 The first Dutch Captain Marvel comic!! This was released in 1969 2 years after the actual début of Mar-vell
And I paid just 0.50 for it!! 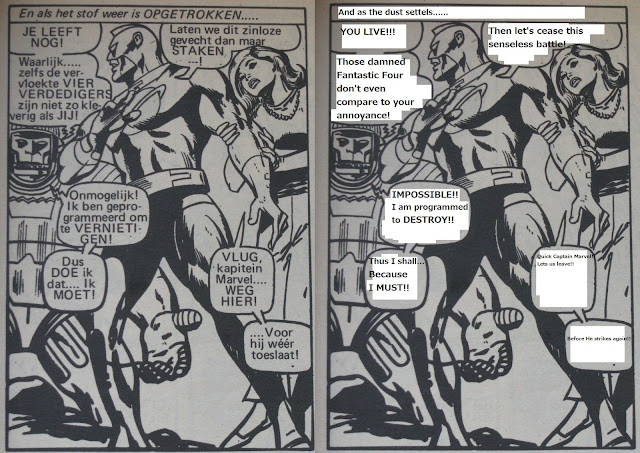 Carol was still a cowering fool back then! Opposed to the punch first talk later fool she is now xD 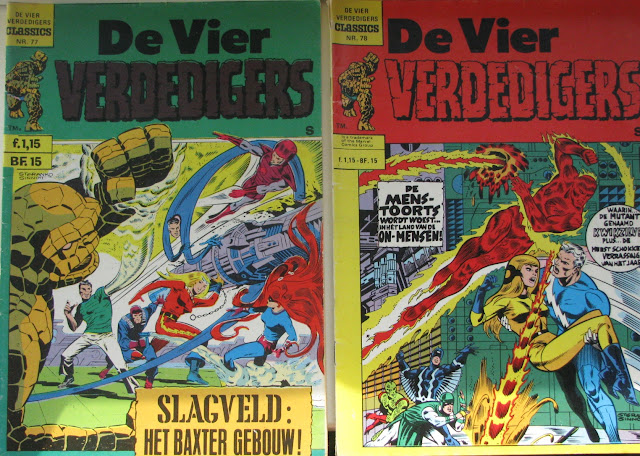 As you can see the original comics from the 70's still had direct translations for the titles. So the Fantastic Four where de Vier Verdedigers in the late 60's early 70's for Holland 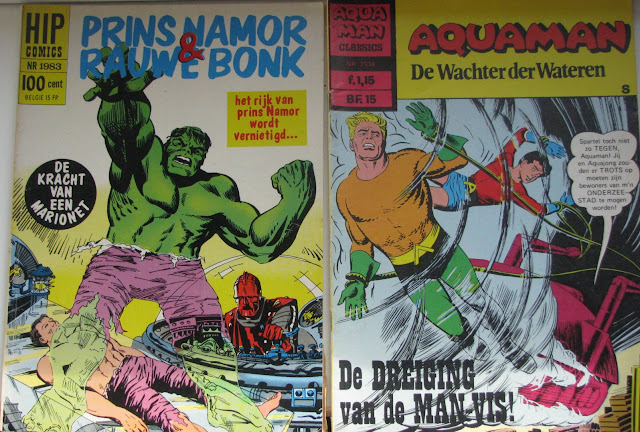 The translations can sometimes be horrible like here with the Hulk. If you translate this back to English the direct translation is The Raw Lump.... WTF man!! Also Aqualad's dutch name is Aquajong... Laaaaaaame. 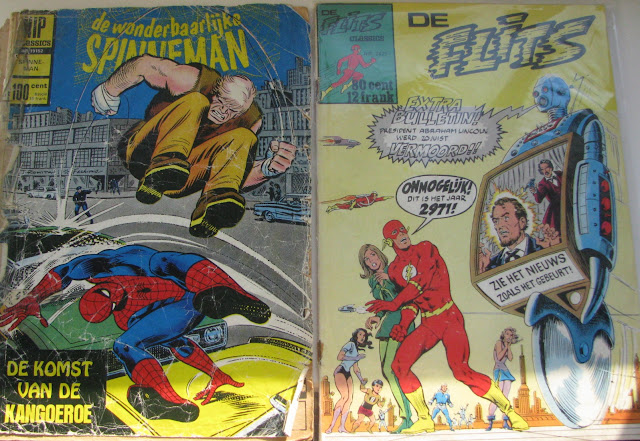 Barry and Pete got the same treatment. The Amazing Spiderman gets translated to De Wonderbaarlijke Spinneman, and the Flash get de Flits lol I thought the comic was older because the comic implies it being from the Silver Age, but both these comics are sadly from 1969 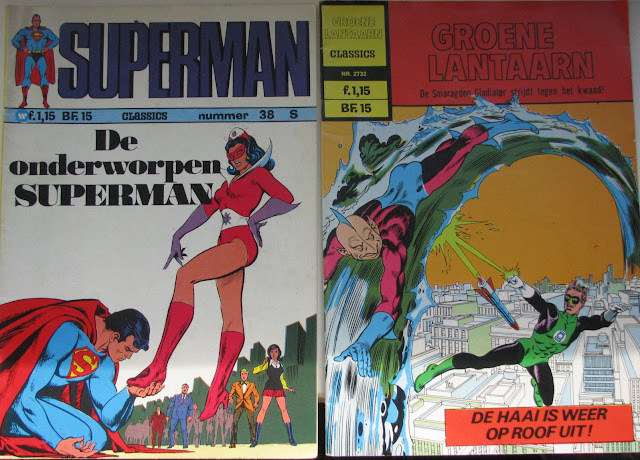 Really? Couldn't you guys switch!?! I want an silver age comic with Star Sapphire fighting Hal Jordan! That would be so awesome! Instead we got... Clark.. Moving on! 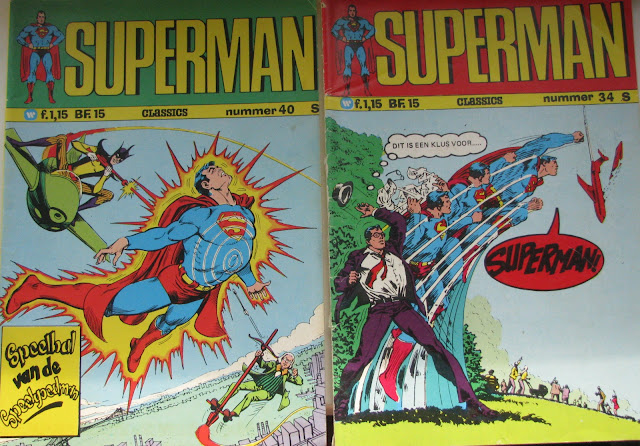 Sadly no Super Dickery in my old Superman comics,  I wish I had some. There seems to be so many lol 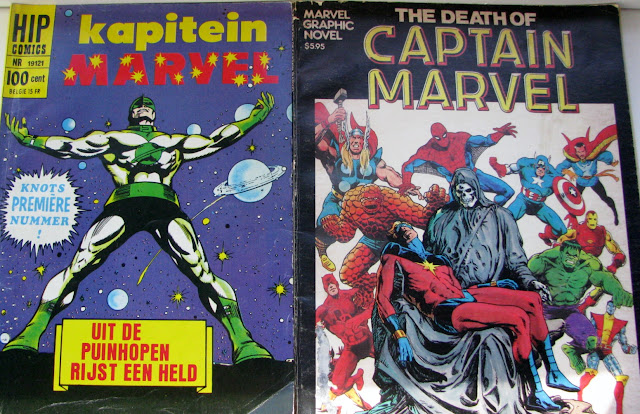 I now got both the first Dutch Captain Marvel comic and the one about his death. I feel more complete now lol. Any way that's about it. Nothing more to point out. Bye! :)
Gepost door Kelleth op 10:50 1 opmerking: