I never got the chance to buy an actual Mobirates, but I did get to buy the Legends Mobirates.  But even though I got it I still wanted a show accurate one. So I bought a Korean Mobirates and decided to switch the contents. 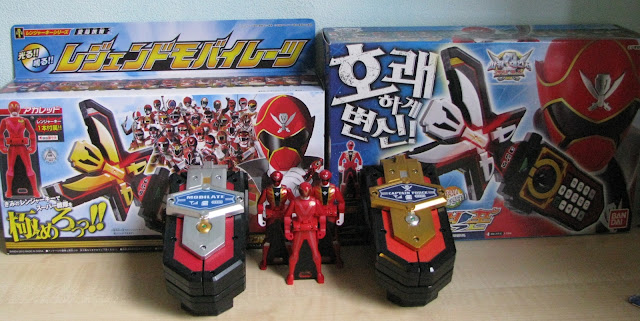 The First off I had to decide If what front I wanted to keep. The Captain Force front or the Mobilate from. I decided to go for the silver one because I wanted a Gokaiger Mobirates and to be nowhere near the Captain Force label... They should have called it Pirate Force or Super Megaforce or Buccaneer Force. Anything is better then Captain Force... 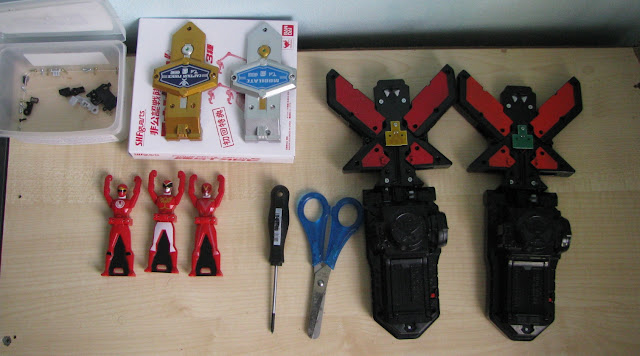 Any way I did some preparation before hand on my Legends Mobirates so it will be a few steps further. I also made sure I got everything I needed. Though I kinda wish that I had thinner scissors. The first thing I removed where the fronts. 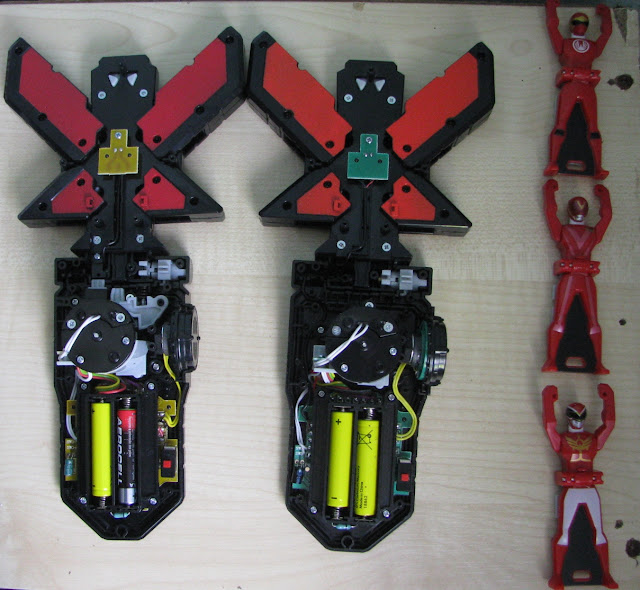 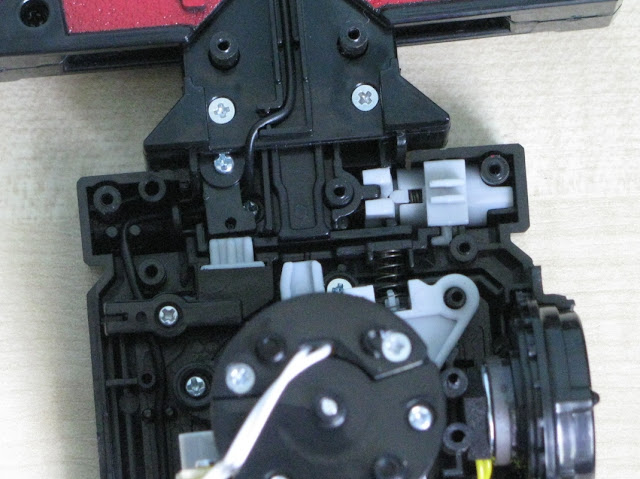 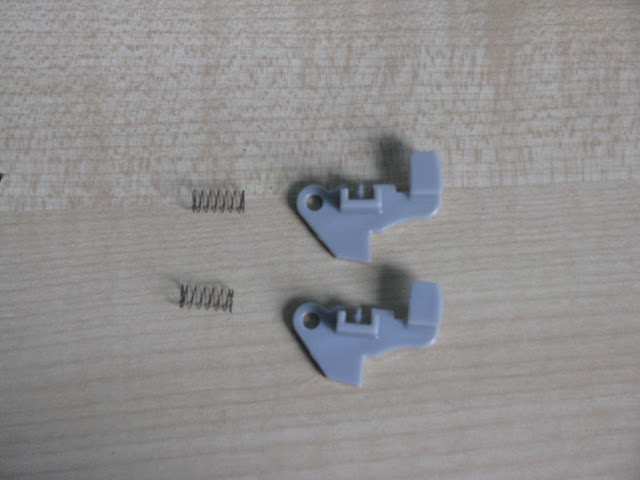 I am always very distrustfulness of these things. So damn easy to lose! 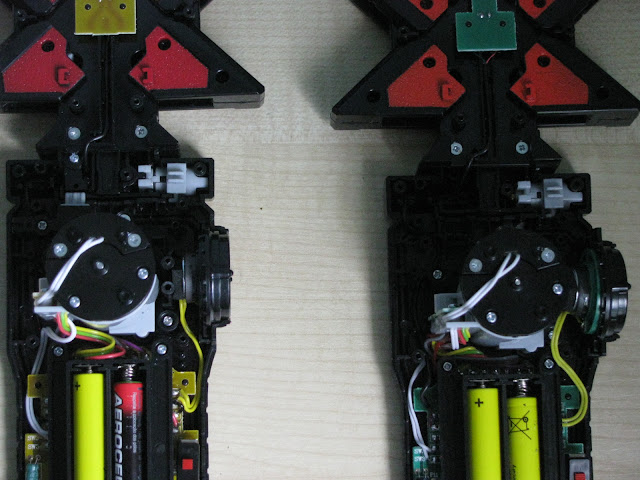 Next up is to take the top of and remove the spring engine that make that awesome click when you open it. But carefully though. For some reason the Korean fell apart and I had to fix it. 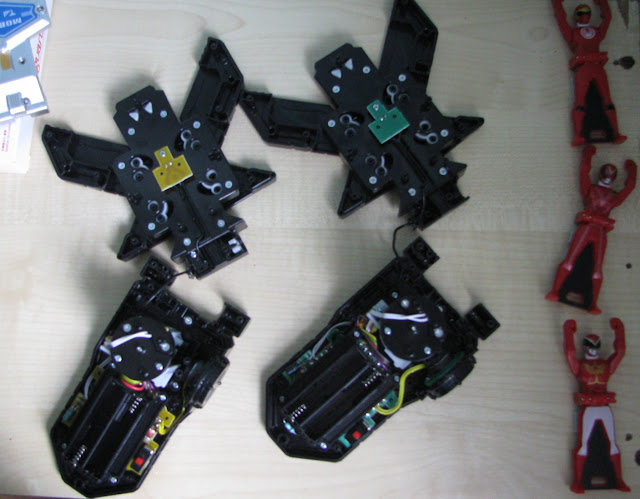 Now to remove the backs of the ''X'' parts. You need to do this because you'll need to get in the spring parts in order to safely remove the light chip installed in to the middle of it. Be sure to cut the plastic rim keeping the wire down though. I wish I could have done it better. But sadly the scissors where to thick and now it just looks ugly. Not that it totally matters though. Its on the inside lol 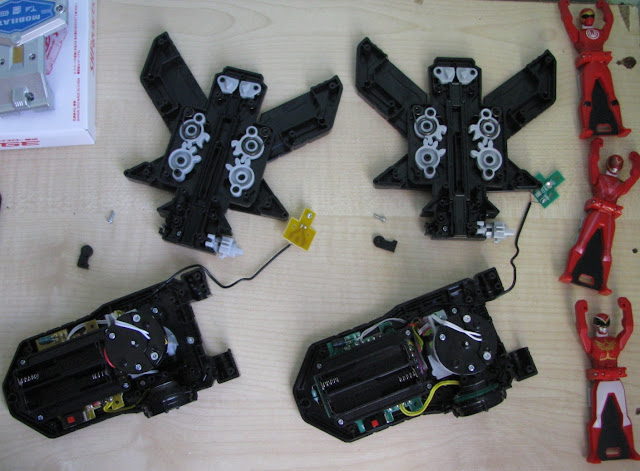 Now with the Light chips out of the way and the engines back in place its time to switch around the chips in the main body. This was ironically the easiest part lol. Just look out for the audio pat on the side. Its highly magnetic so you'll be better off if you keep the screws away. 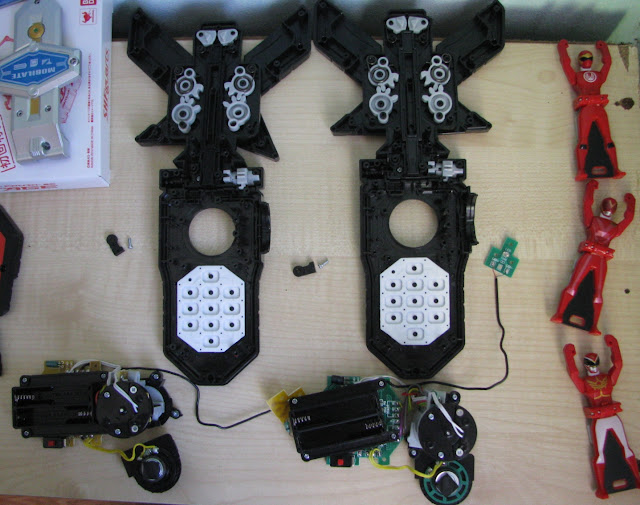 Now that the main chip is removed from both the mobirates you put the two outer parts back together. 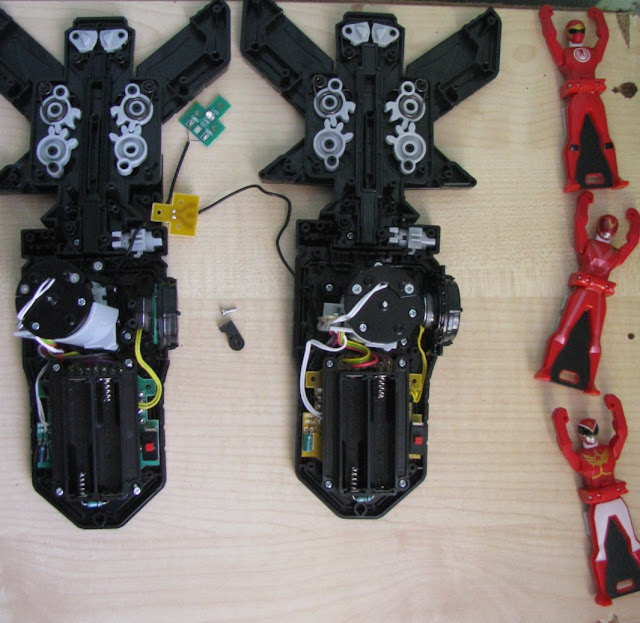 And do the switch 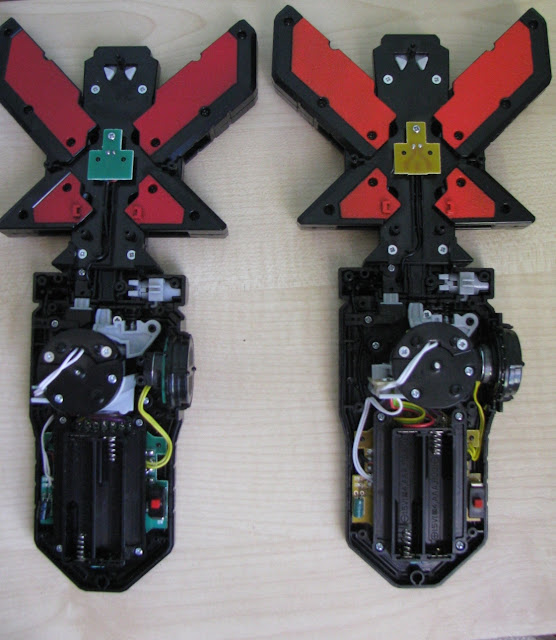 From there its just repeating the same steps but backwards. And provided that you haven't screwed up the spring parts that makes the ''X'' emblem open it should work:
And with that I got my new Mobirates! And the best thing is that it can read the Gobusters and Aka Red keys now!! :D
Gepost door Kelleth op 14:39 Geen opmerkingen: