Back to Armor Hero! It took a while for this to get here But it was worth the trouble for sure!! This time is its an actual figure. I took to long ordering one of these. Mainly because the older ones where unpainted pieces of crap. 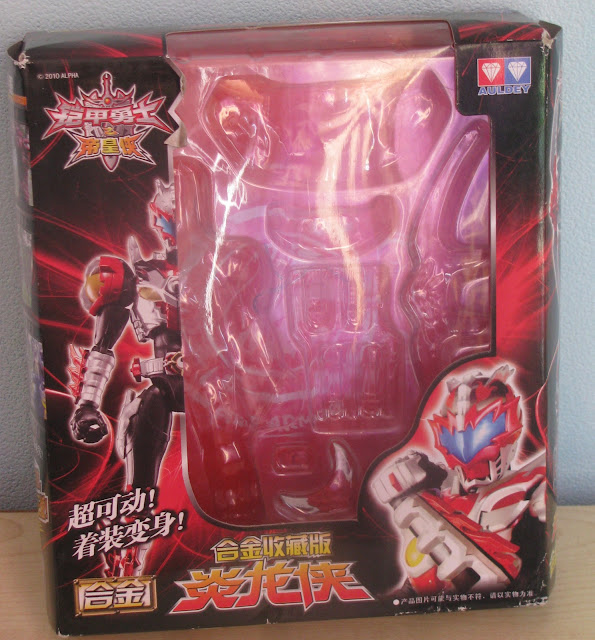 The box is... alright... It survived the trip but on the way to Delft it got a bit bended. Nothing to worry about. Also nothing to say about it either. Its pretty much the same as all those other boxes from this series. 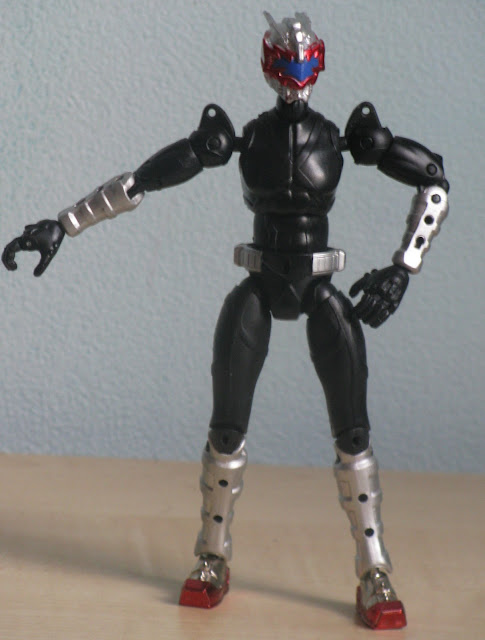 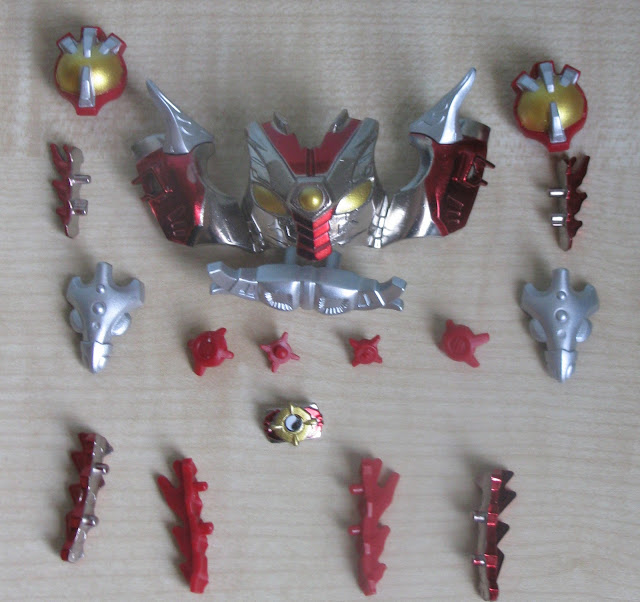 And boy how much parts he got. Pretty much everything can be taken off. Even the knee pads and the knobs on the side of his belt (which are back in the box. I am not losing them.) Lots of metal parts here. Just to bad the ridges down on the sides of the legs there aren't metal. It distracts from the colour scheme on the arms and feet. The knees should have been metal too IMO. 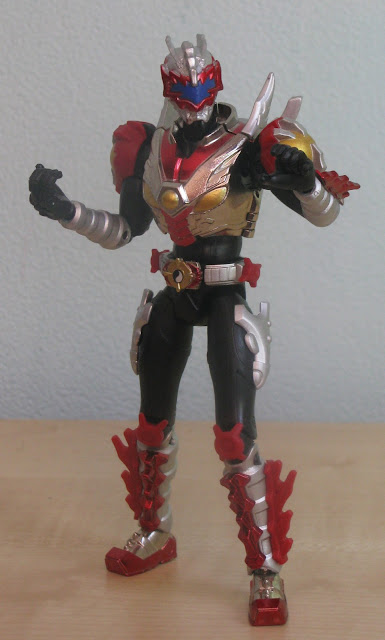 With the armor on he look great! and his articulation is ALMOST unhindered. His head is stiff and if you move it to the side to much it looks like he's a hunchback. I tried to fix this but the head just keeps falling back in place. He has an extra neck joint but its hard to get to with that dumb collar. 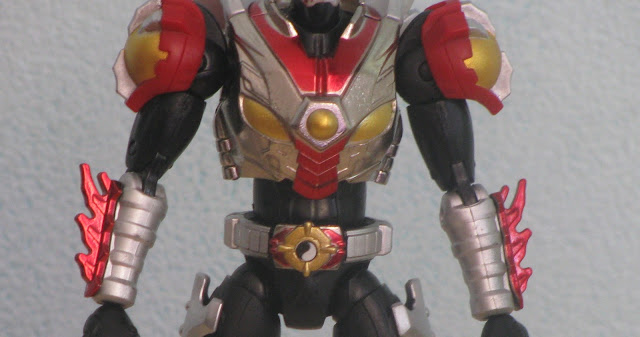 He also slouches a bit forward due to the diecast chest plate and his slender build compared to the Shochaku line. He also has a decent midriff joint, But this is again hindered by the armor. Honestly when I try to pose him I keep thinking he's got some well hidden rubber bands somewhere. 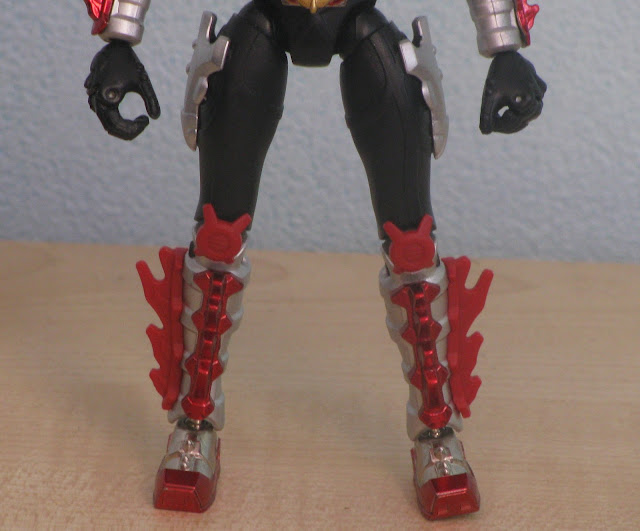 Moving down those we see those awesome diecast feet which even though they got pretty good ankle articulation, I keep getting worried that he's just going to fall over. Not that this matters because for some reason he keeps falling backwards. lol His legs are decent compared to the typical Chinese figures I have come across. I wish he had that SHF hips that freak everyone out. It would have worked fine on this one. Since compared to other toku heroes these guys hunch down more then Kiva. The ball joints work fine though. 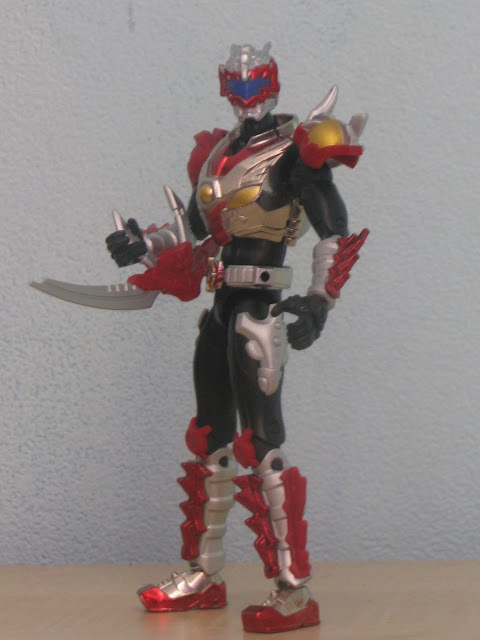 Fire Dragon's main weapon out of the 3 he got. Its a bitch for him to hold in the way he uses it in the show. This is due to those damn hands! Instead of a package of multiple hands he got these articulated ones, but they aren't tight at all and it usually takes me 10 minutes to make him hold it like he should. 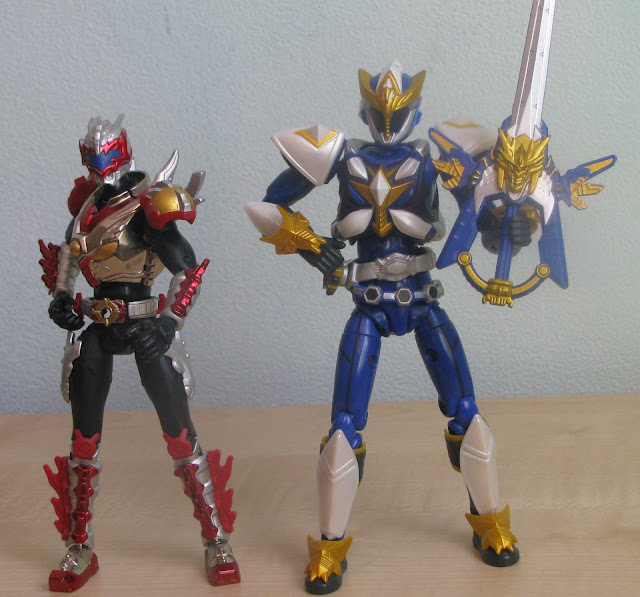 This feature is directly stolen from... Guess who? :P So yeah its nice to have this. But its SO DAMN easy to lose these parts. I'd rather keep them in the box. Speaking of losing stuff... I kinda find it weird how they didn't include that weird bow weapon thing he uses to shoot fire with. But then again with those hands he'll keep dropping them any way. 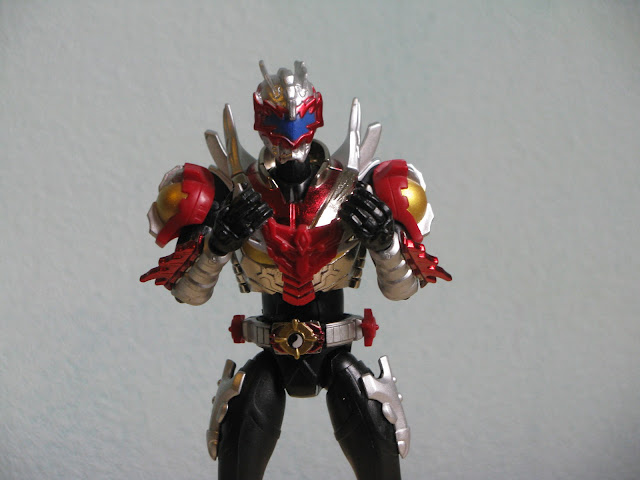 With his main weapon out of the way here's his boomerang. Which kinda saddens me because I keep noticing how the chest plate doesn't have those awesome horns near the eyes. Those would be spiky, But could have easily been made of the softer rubber used for the spikes on his shoulder and back. Like his main weapon he does hold on decently but it takes me more then 6 minutes to hold them in place lol 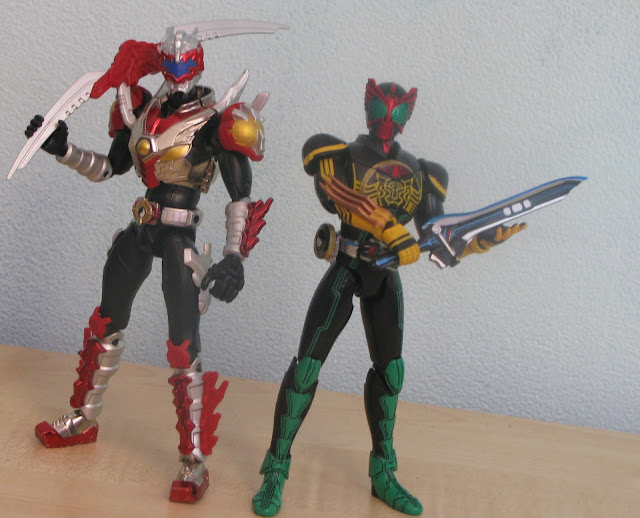 He is a little bit bigger then an S.H.Figuarts, But I find that he looks extremely awesome next to one. 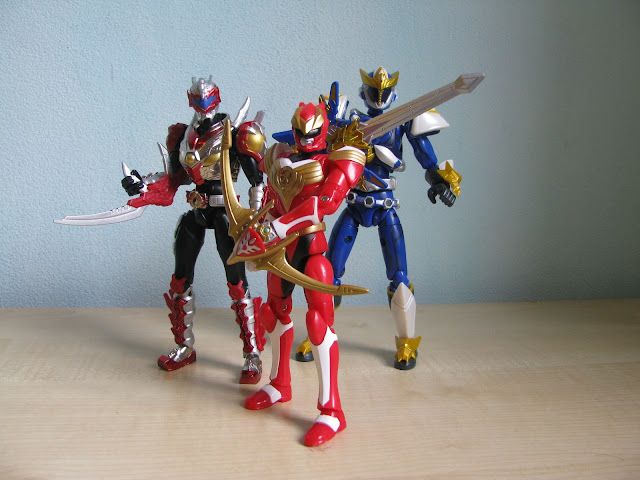 Overall its a decent figure with good articulation which is almost on par with S.H.Figuarts. And even though it does hinder it so much, the Diecast just makes it look SO DAMN GOOD!! And with that I am so getting the other two figures! Soon or later...
So I am getting back on track. I am just behind on photo shoots right now. Hopefully It will be better picking stuff out to blog about when I am actually done doing that. Bye :)
Gepost door Kelleth op 08:32 1 opmerking: