My 100th blog! O joy. It was a good plan to do the reprolabel blogs first (laziness) 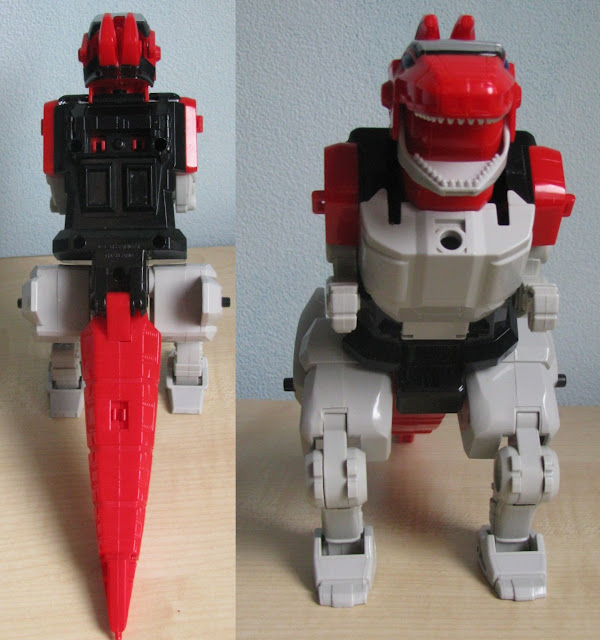 Tyrannozord was a raving bitch to clean. So many stickers here where so damn wared-down. moisturizing didn't help, neither did heat. I got this far by scrubbing like my live depended on it. In this photo it was still sticker. So annoying... 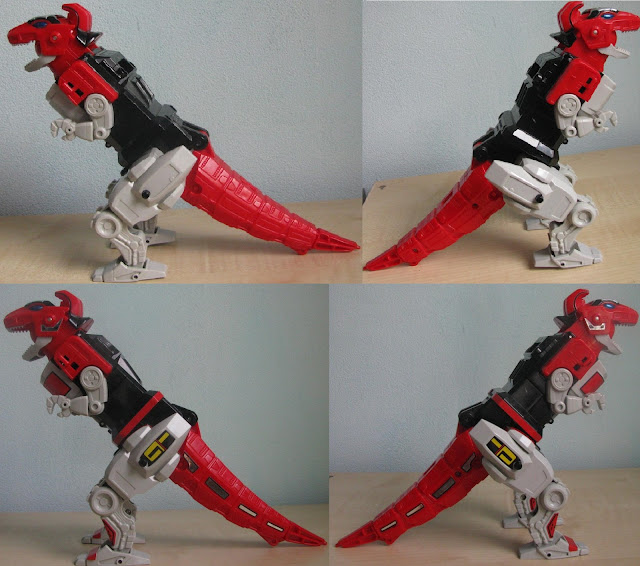 But on the other hand I did get to appreciate how awesomely well this thing was designed.  And putting on the stickers was so much fun! I do like how the tail turned out. It always looks dull without those decals. 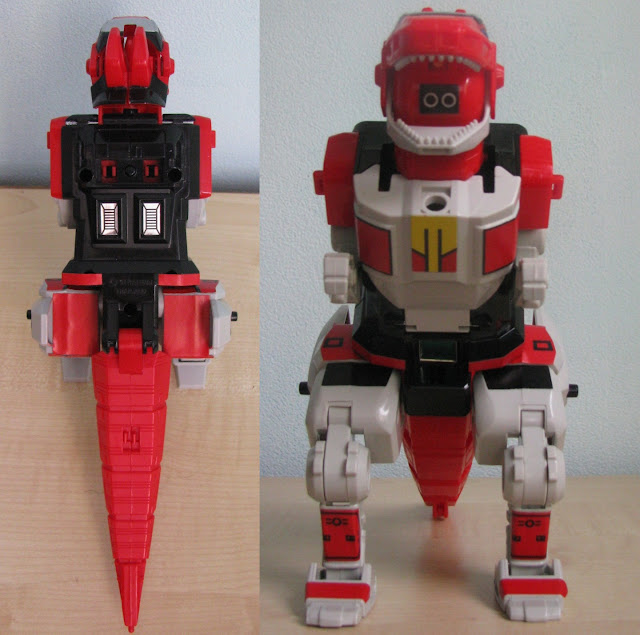 Some stickers like on the thighs don't exactly fit because the plastic has shifted over the years. The vent stickers on the back are really awesome. I am so glad that I have them. Because the back looked so boring.
So I do like how this worked out. Even though its still not 100% show accurate. 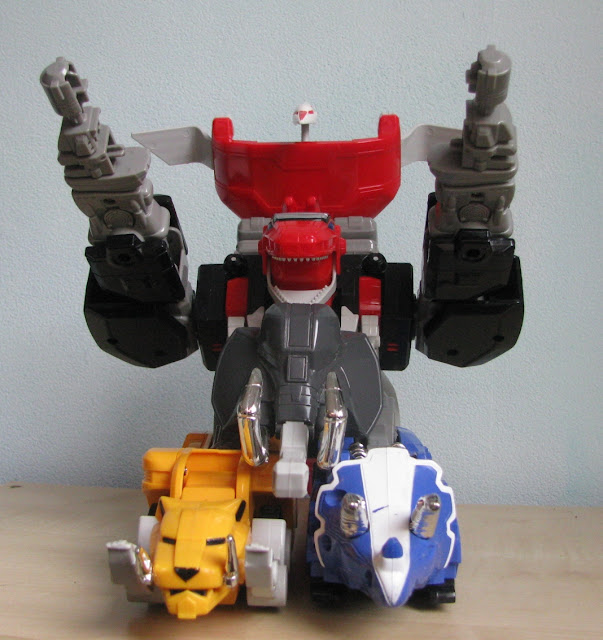 Overall Its always a bitch to clean up old stickers and stick on new ones. But it did result in some awesome visuals. I almost got the impression that I got these things new out of the box! Well except for that Tricera though lol 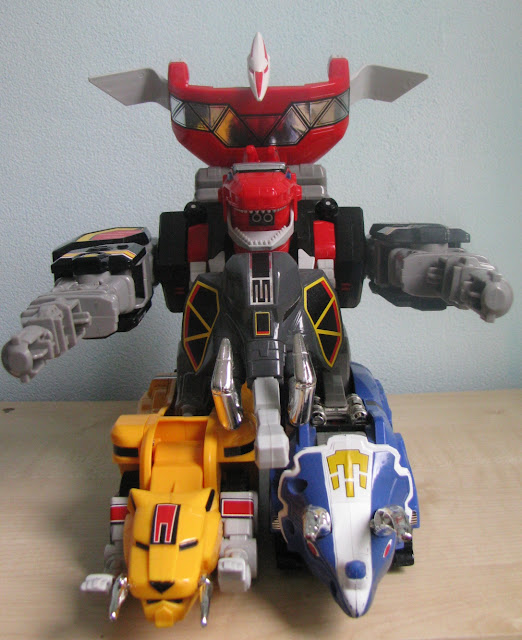 And when combining all these zords in to the Dino Tanker its really worth it. They bring the mecha back to live and add an layer of awesome that the original Bandai America where decals. 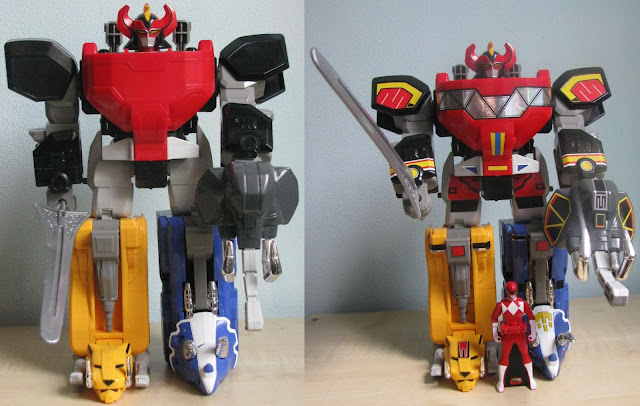 The Megazord itself is just so epic. It almost gives the impression that I got a 100% complete DaiZyuJin instead of a 100% complete Dino Megazord with new stickers. I love how those M's stick out. again its not an exact match but its cool. I do wish I got the chrome sword though. Or at least the diecast one I saw on Ebay. Which is btw way to expensive IMO 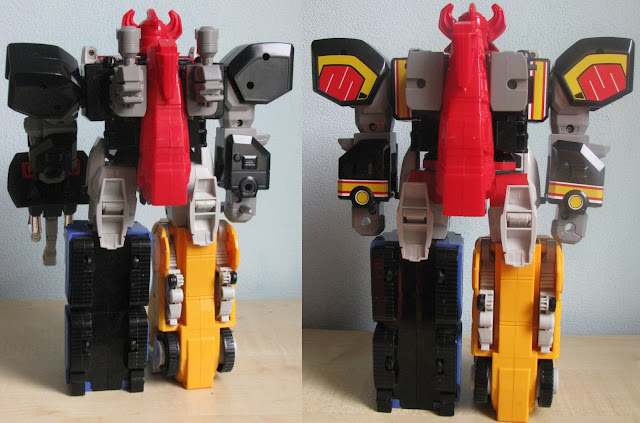 The back doesn't have much going on. But at least its more then what it had before. And I admit that I didn't exactly knew where the line stickers of the Mammoth needed to go. But it worked out al right. Kinda makes me sad I won't be seeing much of it though xD 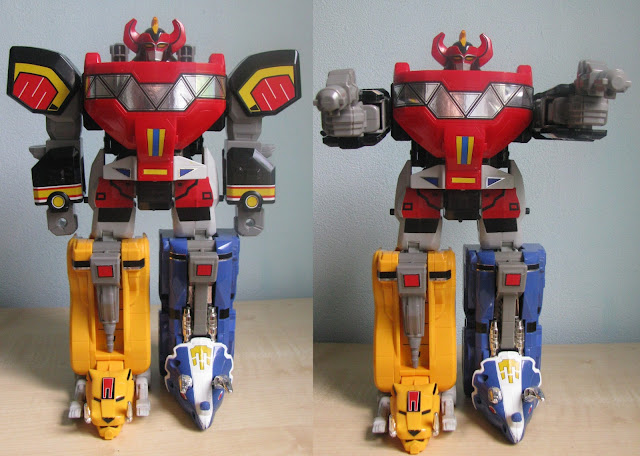 Overall I am happy how this turns out. I cannot wait to get the Diecast 2010 MMPR Megazord  and the Super Robot Chogokin Megazord in a set to compare them. I am getting them all no matter what the costs. 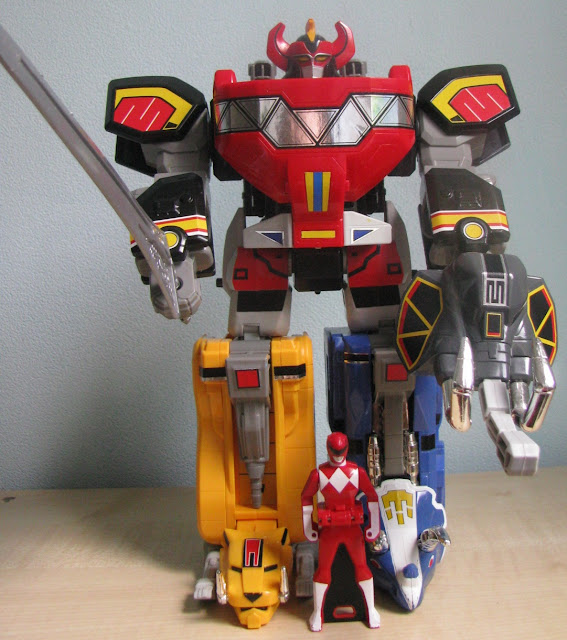 The only thing I want after this is to buy an Dragonzord, and two extra Mammoth and Tigerzord's to make a reprolabeld Dragonzord Warrior Mode / GoRyuJin. It will cost me but in the end I'll be happy when I get there. 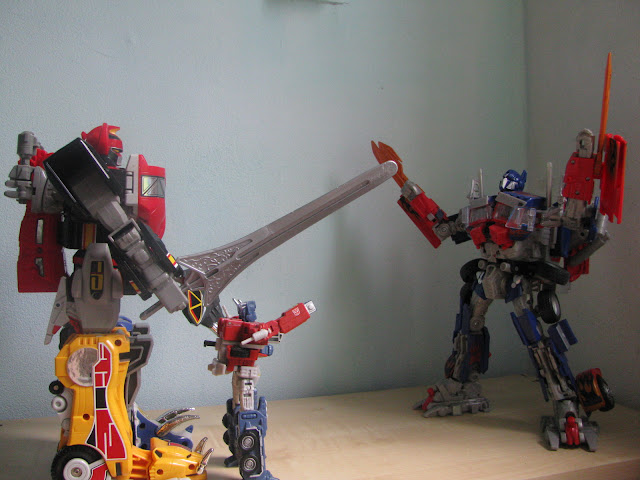 I dunno what to do next. I got a fair share of blogs to release and I got ALLOT of stuff coming in next week and 2 weeks from now. I am glad I did this for the Mighty Morphin Power Rangers anniversary and my 100th blog. Hopefully next one will be less boring xD
Gepost door Kelleth op 14:59 Geen opmerkingen: