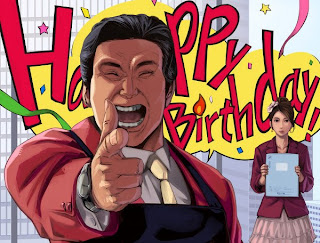 Today is the 18th birthday for Power Rangers. And even though I forgot to keep tabs on that because Disney *vomit* made me lose interest in Power Ranger. I now plan to keep up with that again. :D

Man time flies by so fast. I can still remember the fact that Power Rangers wasn't the show that introduced me to Tokusatsu but it was the series that made it easier for me to watch and the series that kinda made me addicited to buying toku merch! So much so that I didn't stop trying to get those toys till even today.
I can even remember having found VERY rare stuff because of that. We had a Flea Market every last Saturday of the month and that's where I found 2 Megazords. The stuff above ^ and a Metal Mastodon prop coin that sadly I lost when moving to Delft. I've had become so good at focusing on the PR stuff that I even left other rare stuff behind (Like a G1 Scorponok with head) hoping to find some Megazords or power Weapons.


Even though I got great success at finding season 2 and 3 toys it was hard to find myself a Season 1 Megazord. It took me 15 years to find me that thing and my god I am still happy with it.
So aside from buying stuff like a nut. I had fun watching the older series. My favorites are still MMPR season 1 and In Space. It didn't exactly introduce me to Super Sentai either. Since that was already done by that one Bioman VHS tape that I probably lost when I moved. So I watched all seasons even the Disney ones later on. Though it pained me and the fact that Disney stopped international airing so I couldn't get any toys. And when I heard that Saban bought Power Rangers back I rejoiced. Now I plan to watch Power Rangers every year again even though the most of them will be copy/paste jobs from the Sentai versions which I already watched a year or more prior. ^^

So with this I say HAPPY BIRTHDAY POWER RANGERS!!
May you have many more Disney-less years!
Gepost door Kelleth op 13:29 Geen opmerkingen: