Sazer Tarious and the Fire Tribe

I set out to get at least one poseable action figure from each great toku franchise. As such I looked to the ChouSeiShin Trilogy to see if they got what I wanted. What I found is a Korean Sazer Tarious Figure from 2006.... 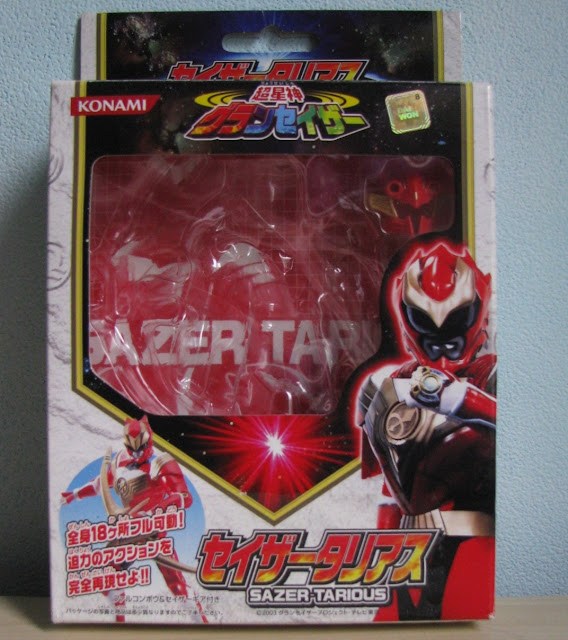 Scratch that Korean part... and the 2006 part while you are at it! Those lazy Koreans just took leftover Gransazer figures from 2003 and slapped a Korean sticker on each side!! (I removed the one on the front) This thing is a TOTALLY new 9 year old figure. I am so happy with this. 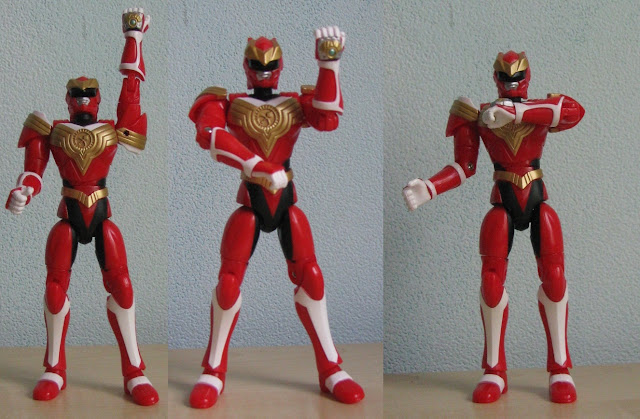 As for posing its still trial and error for me and this fig. It does have ball joints in his thighs and for his feet. But they are still waaaaaay to tight, I am going to look in to how to fix this but I doubt I'll succeed lol 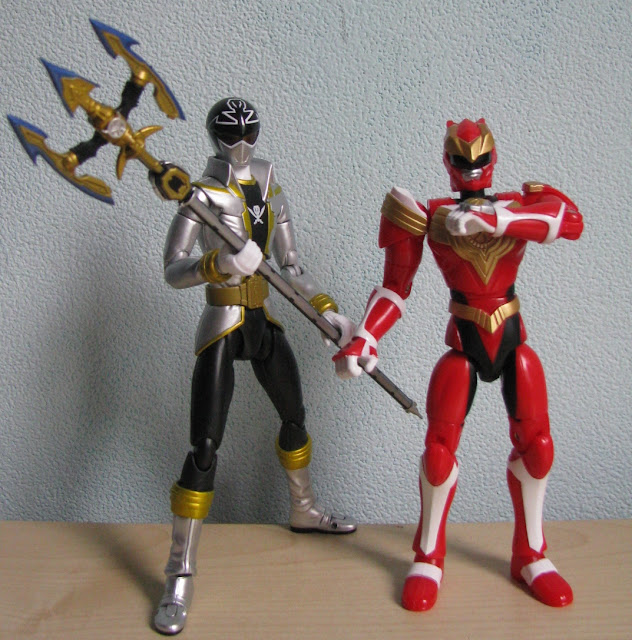 Moving on to scale, its a decent 5.11 inch figure, this means its kinda out of place next to Figuarts but not so much that you are going to call bull and customize a Figuarts till its a Tarious lol. 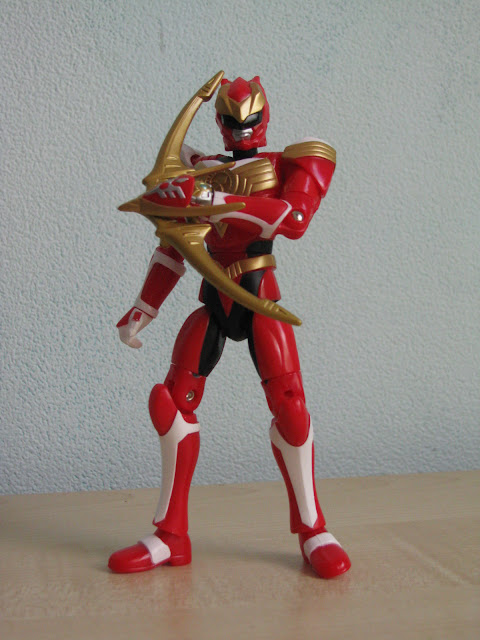 It does come with its bow and it looks great with it. My concern though is the soft layer of paint Konami put on it. When I put it in his hand the pay just scratched off easily revealing the red moulding underneath. so that's a thing to look out for. 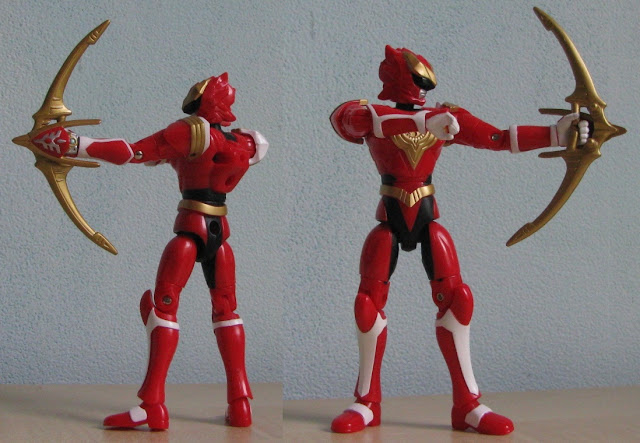 It strikes the Howling Falcon pose great. Even without the leg joint working perfectly. I got no real complaint about this figure, Its a 9 year old €11.38 figure and it was totally worth the money :) 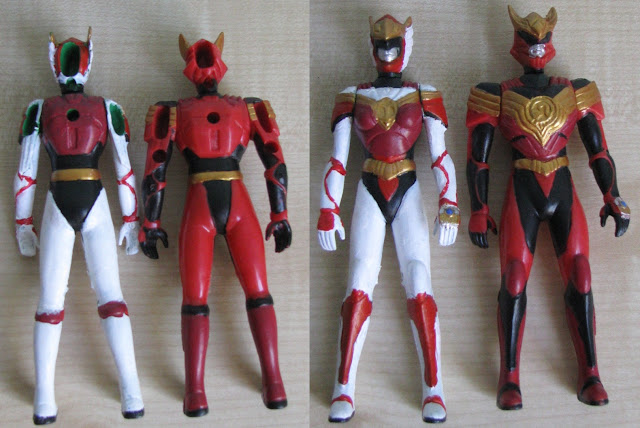 Plus I got the 2 bootleg Gransazer figures I personally painted. Combined Tarious, Mithras and Lion form the Fire Tribe of Chousei Shin Gransazer!! 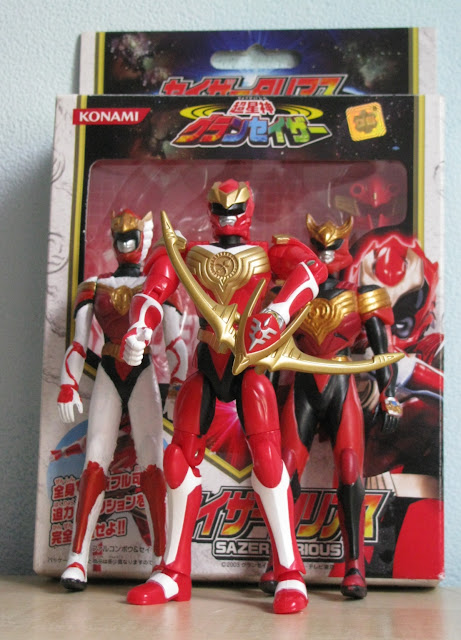 Sadly looking decent and leaning in the back ground is all they can do. These bootleg got their feet molded wrong. So they can't even stand straight. Sad but true... 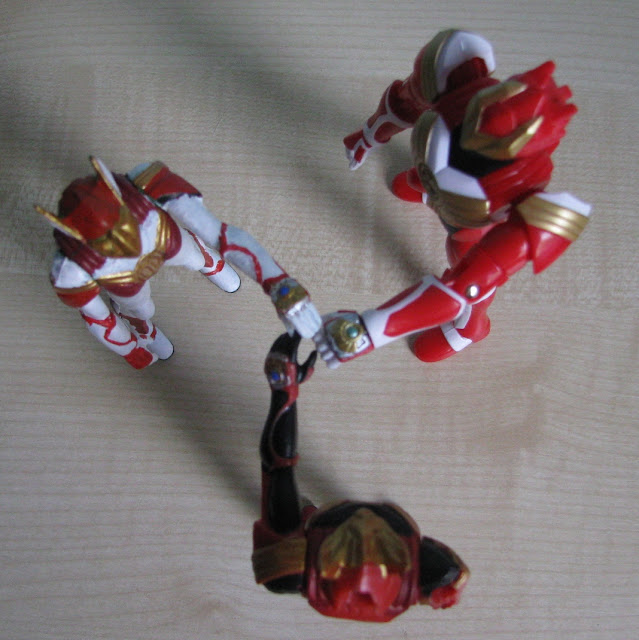 How ever in the moment I got them to not fall over I did get to re-enact this scene
One of the 4 ChouSeiShin I got from China. It looks decent but it was missing allot of paint. So excuse my horrible paint job on this thing xD. This one is the 2nd best out of the 4 I bought. It got almost nothing wrong! in this mode... 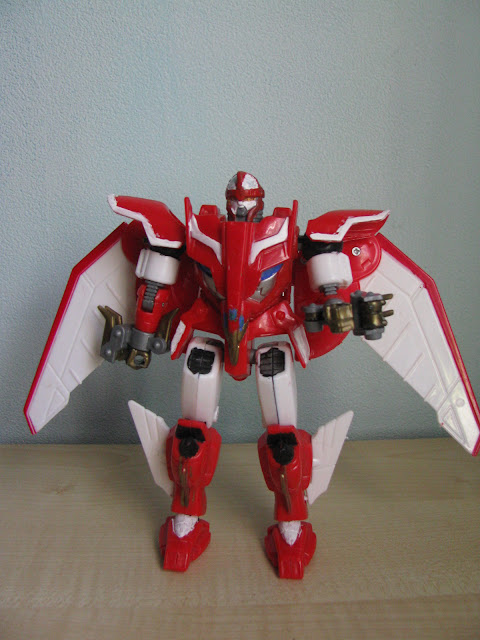 In robot mode its sadly another case... The figure's feet got moulded wrong again and while can stand it does have the tendency to fall, ALLOT! 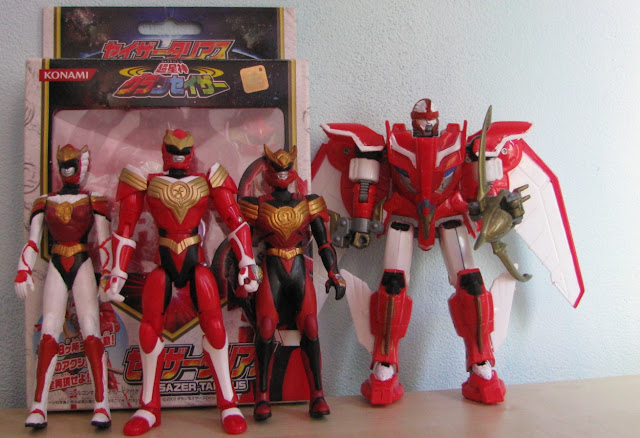 I got all of these for cheaps but I am happy with them for all their faults. I hope to one day buy an DX Garuda from Mandarake or something :)
Next up will be a hero from another great Toku trilogy... If I don't get to lazy. Till then bye :D
Gepost door Kelleth op 13:35 1 opmerking: