Sorry for being absent so long, I was sick and frankly there was no day when the lighting didn't suck. Any way back to blogging, Lets do Nobuo first!. Because everyone else already did! But then again we're close to a second season so lets ignore the add-on that I personally find to look fugly 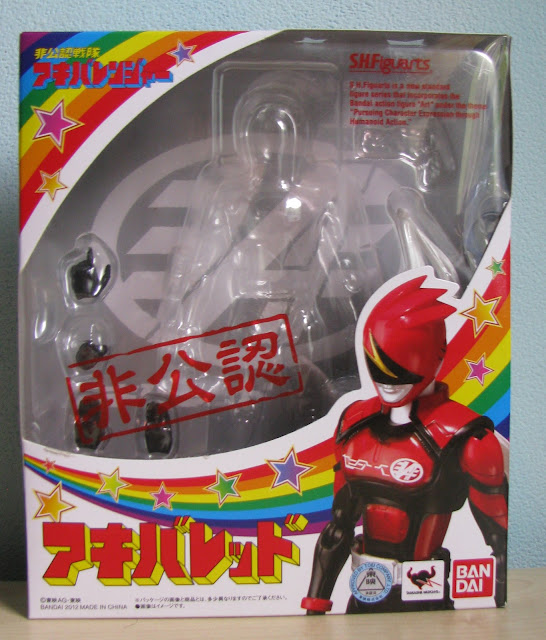 I love this box design, its got this old-school vibe that I can't help but love. I might even get Blue and Yellow later this year as they go for decent prices on Mandarake. Lets just hope the V2.0 versions don't pop-up I don't like the hair-style of those to much. 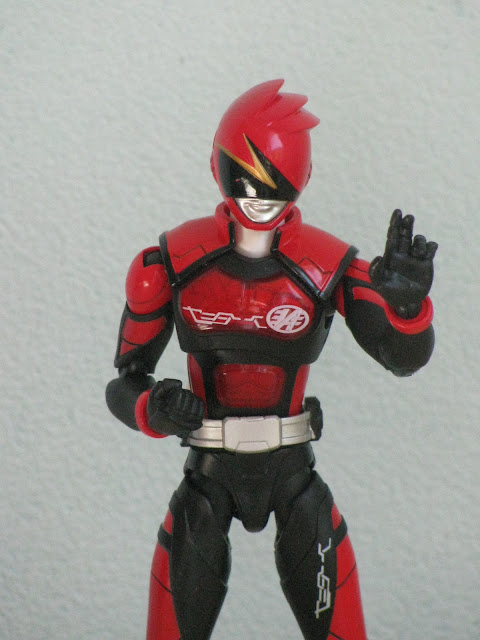 He's a bit low on the bulk I liked from the show but he makes up for it by how good the suit-design works for the S.H.Figuarts line. The soft plastic on the shoulders feel really good when posing and the translucent part that makes up the chest piece makes it more interesting to look at it up-close. I also love how they designed the arm joints to look like its still a continuation of the suit unlike some other S.H.Figuarts I know... 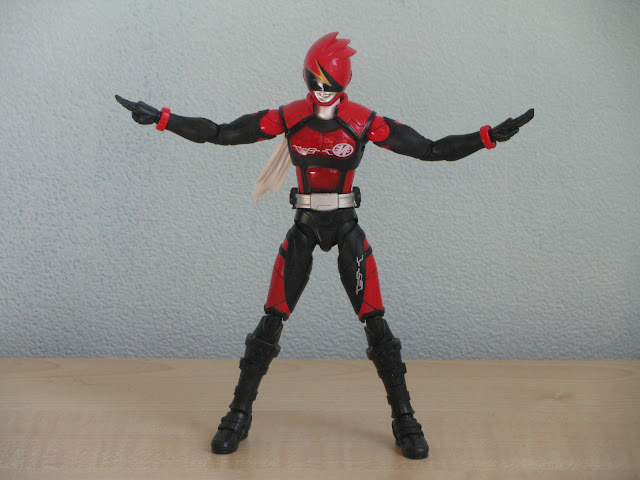 And here you'll see that I suck at posing figures. But when doing so it again comes to my attention that his knees are thin as heck. Tamashii Nations didn't think this though to well, And worse is that they didn't fix it in the updated version... WHY NOT!?! 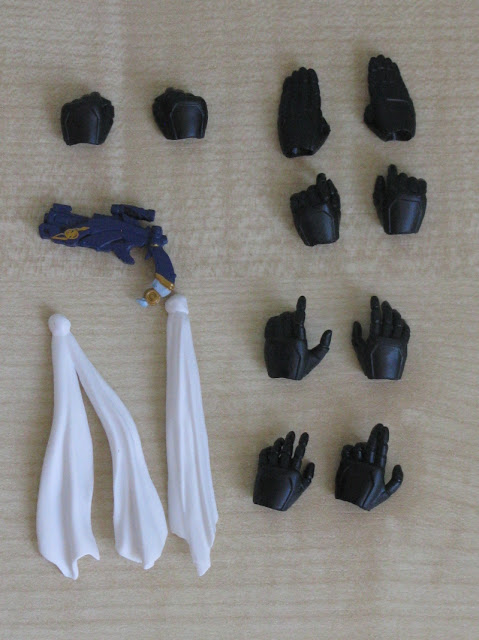 Non the less Nobuo comes with a lot of posing hands. 2 scarves for either windy situations or non windy situations and a Moe Moe Z-Cune, Which is sadly only in its gun mode. They fixed this with the updated figure. But IMO it should have been in this set... 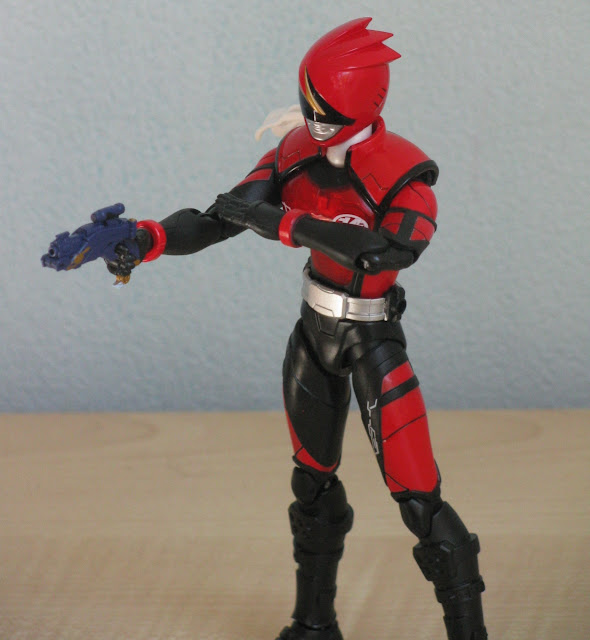 I do still suck at posing but I can at least do a good gun pose, Okay a decent one. Point is I do love the poses it can pull of. And he holds the MMZ pretty well. 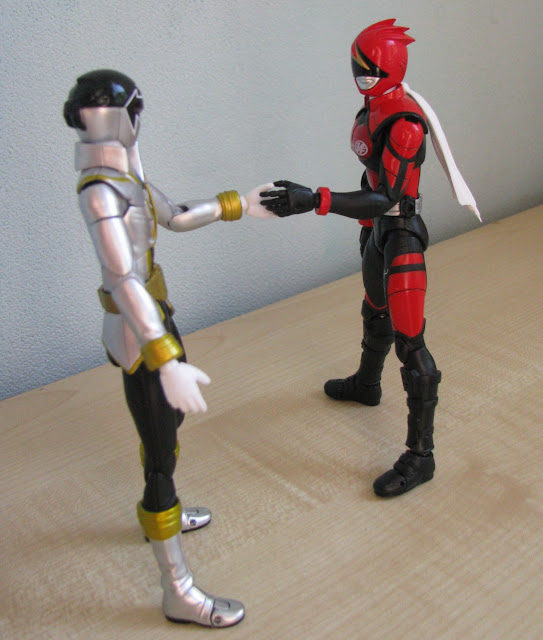 One of the reasons I bought Nobuo aside from the suit being awesome is that I can team him up with the other Super-duper-Sentai Otaku Ikari Gai. 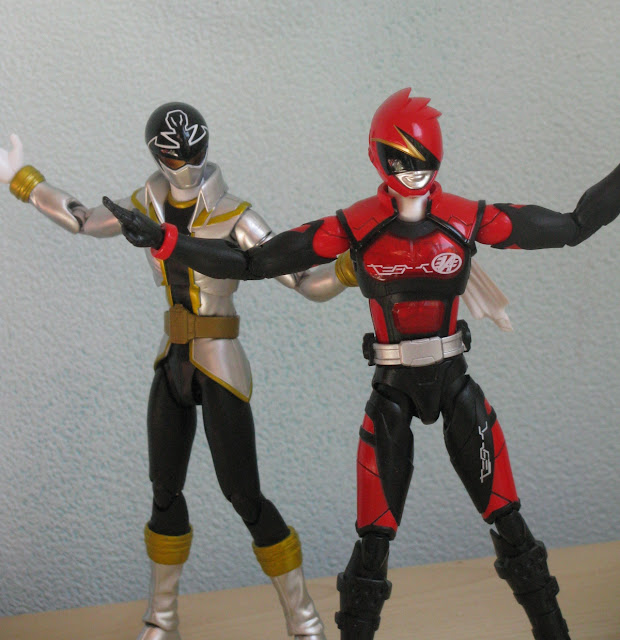 I was actually hoping that Gai would show up for Season 2. These 2 rivals just NEED to meet for real. 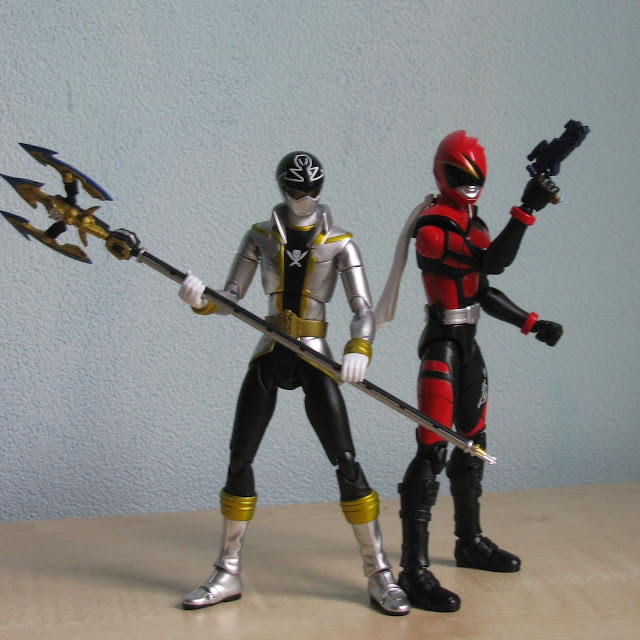 Sadly we'll get Dairangers instead of Gokaigers but then again we'll get a Kibaranger figure with that, So that's a plus. Guess I'll just keep the dreams up with my figures. 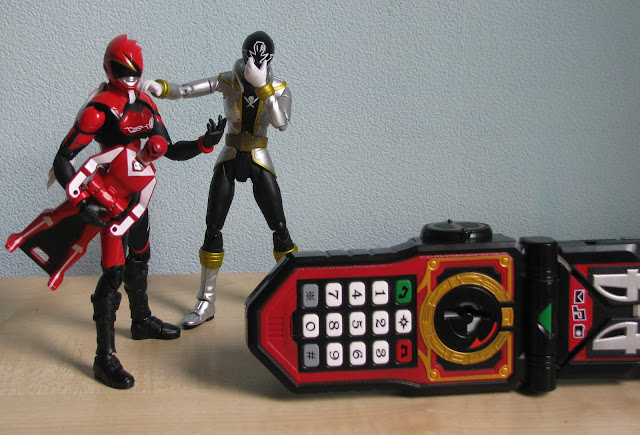 They just work so well together. And I got just about enough Sentai stuff for them to appreciate :) 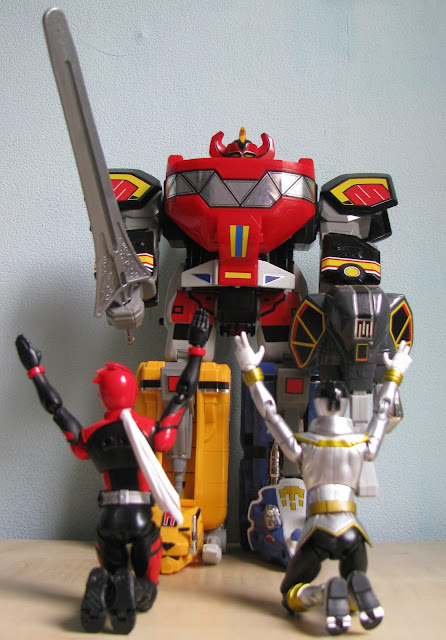 Or just blatantly worship them... Kay... 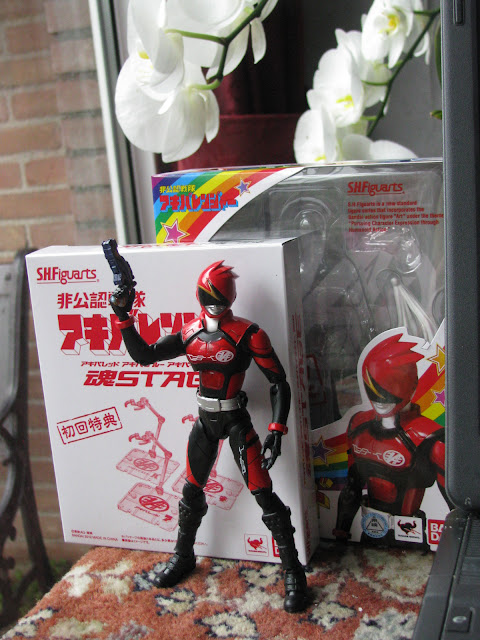 Aside from the missing the doll mode for the Moe Moe Z-Cune, the weirdly thin knee thing and it being so damn skinny compared to the actual suit actor I do love this figure and I can't really think of much to complain about. So that's why I took so long to finish this damn thing. Well not counting the fact that I was really busy, then sick and then waiting for season two. But I digress:
This figure is the best thing to come along for some one who's a big fan of this show and also for the collector who just wants to show that she/he has a unique Red Ranger that Saban will never touch. The other two Akiba's are just as good and so are the 3 upcoming season 2 figures. Which has Blue and Yellow just having a few small changes to their helmets and stuff. And Akiba Red being all Hug Pillow up-grady. I am going to try and pick up the pace again. And I am so looking forward for for season 2! But I am still not getting the new versions xD Bye :)
Gepost door Kelleth op 13:11 Geen opmerkingen: